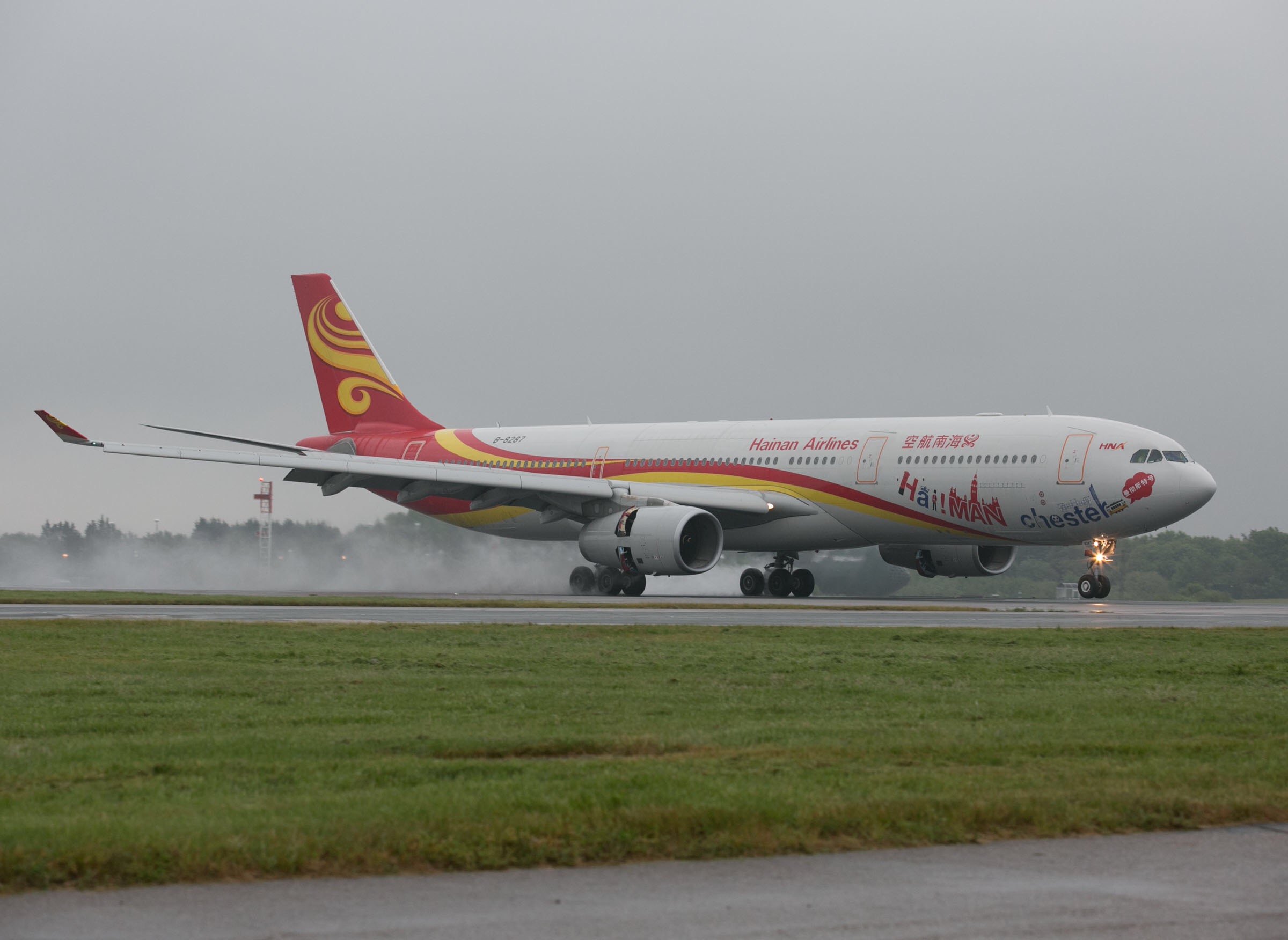 The 10.5 hour journey shaves hours off travel for the North to the Far East

Today marks a major milestone in the drive to create a Northern Powerhouse, as the first ever direct, scheduled flight from anywhere outside of London to mainland China launches, from Manchester Airport.
Also hailed as a significant moment for UK aviation, the Hainan Airlines service to Beijing takes off from Manchester Airport today (June 10).
Announced in October 2015 by the President of the People’s Republic of China, His Excellency Xi Jinping, the four times a week route will link Manchester and Beijing, opening up a wealth of trade and tourism opportunities.
The flights will provide a direct connection for the first time, giving the 100,000 passengers travelling each year between the two cities the convenience of direct scheduled services.
The Manchester-Beijing route is worth at least £250 million in economic benefits to the UK over the next decade. Two-thirds of this will be felt directly in the Northern economy in terms of increased jobs, economic activity and tourism. By providing a non-stop service, the new route will also generate journey time savings worth £5 million every year for business passengers and avoid the inconvenience of changing planes at another airport.

“Providing a direct link between the two cities unlocks significant trade and investment opportunities, which will serve as a shot in the arm to efforts to create a reenergised Northern economy.
“This direct route will also have a significant impact on inbound tourism across the whole of the North.

“And the early indications are good, with summer load factors currently averaging out at more than 80%.

“Finally, it will also deliver a boost to universities, both in terms of providing a vital service for Chinese students and their families, and when it comes to finding commercial applications for the world-leading research being carried out by these institutions.”

The four-weekly service departs on Friday, Saturday, Monday and Wednesday, and will be served by an Airbus A330-300. The cabin will have 32 business class seats and 260 in economy. Return fares start from £487.

Almost 60p in every £1 of council tax could be spent on social care...