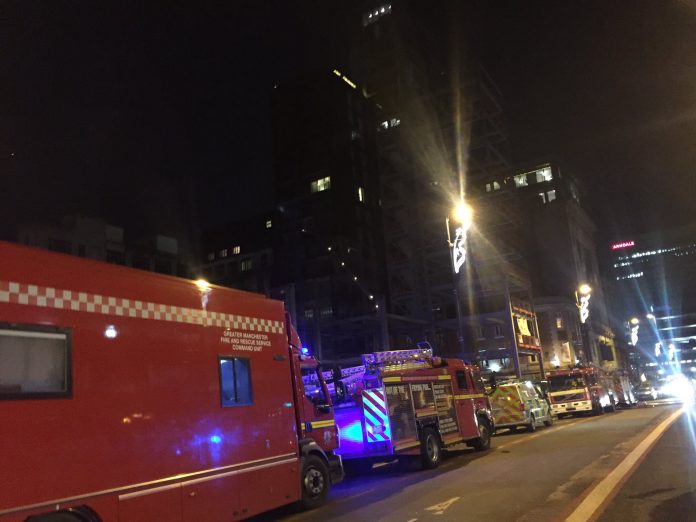 The blaze at a twenty storey apartment block in the City’s Northern Quarter has now been brought under control.

At its height on Saturday afternoon, twelve fire engines were tackling the fire at Joiner Street.

One 23 year old male casualty was suffering from smoke inhalation and went to hospital with a family member after being assessed by paramedics.

The fire which started on the 9th floor affected around four properties.

The 8th floor suffered smoke damage due to the heat and floors ten and eleven were affected externally.

The fire spread to the other floors via wooden balconies and the fire service has stressed that no cladding was involved.

Fire crews remain on the scene to systematically search the building, although we are confident there are no other casualties and the incident is now being scaled down.

A number of people have been evacuated and temporary accommodation will be set up for those who need it.

Manchester bin strike set to begin on 3rd May