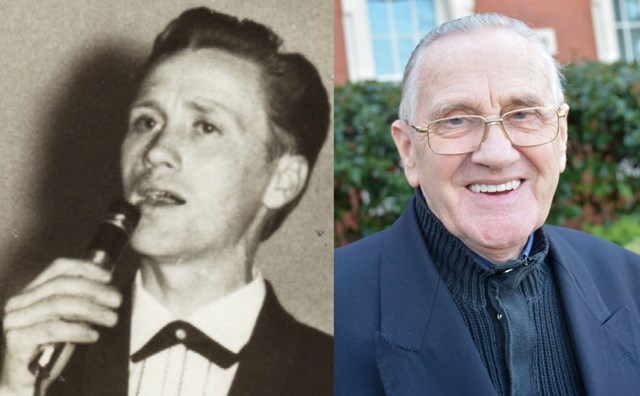 The family of a man who died following have paid tribute to “this wonderfully musical man who brought so much joy and love to his family, friends and the general public”.

Roy Jones – who performed under the stage name Steve Russell – was driving home after performing at The Moor Club in Heaton Moor.

While driving along Belmont Way, his car collided with another vehicle.

Following the incident, Roy was taken to hospital where his injuries were initially not believed to be serious. Sadly, seven weeks after the accident, on 16 October 2021, Roy died from his injuries aged 86 years.

In a statement, his family said: “Roy was a beloved father who leaves behind his sons and their partners, Steven and Veronica, David and Donna, and Alan and Zoe, four grandchildren John, Claire, Sean and Eden, and great-granddaughter Daisy. He will be remembered with great affection.

“Known as the ‘Singing Milkman’ and Adelaide’s New Faces finalist 1973, he will be missed by all those he entertained in his 65 years on the Northern Club Scene.

“To repeat Roy’s own words; ‘when we depart this mortal life, we hope, once in a while, the memories we leave behind, will forever raise a smile’.”

Officers are continuing to appeal for anyone with information, or those who have dash-cam footage, to get in touch with Greater Manchester Police.

Anyone with information should contact PC Collingwood of the Serious Collision Investigation Unit on 0161 856 4741, quoting incident number 3486 of 27/08/21.

A 26-year-old man has been charged and convicted in relation to the collision.