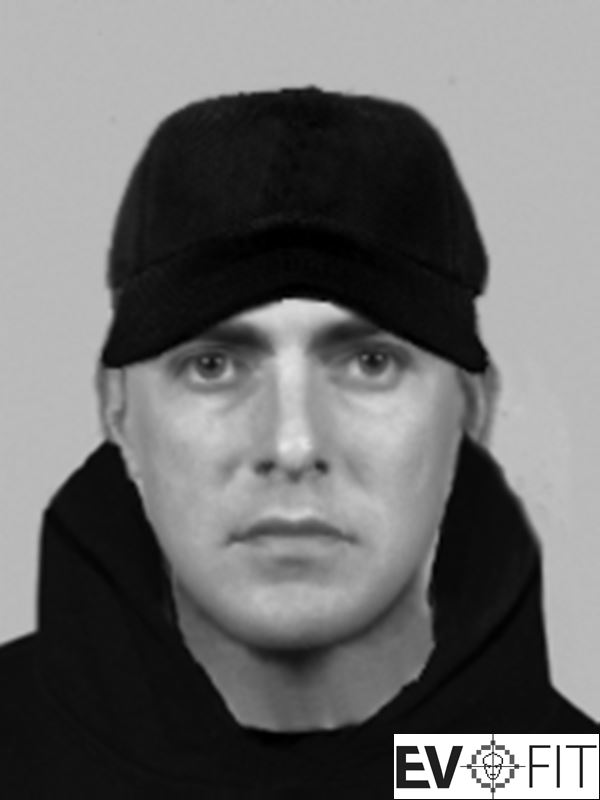 Police have released an efit after a dog walker had a knife held to her throat during an attempted rape in Walkden on Sunday night.

The attack happened shortly before on waste land near to Bedford Avenue.

The victim, a woman in her 30s, was walking two when a man approached her and asked her for the time.

He then grabbed her and pulled her into some trees where he threatened her with a knife and ordered her to hand over her jewellery.The attacker then tried to rape the woman who bravely fought him off before running away.

The offender is described as white, of stocky build, in his mid-30s and was wearing a black baseball cap, black tracksuit and white Nike trainers with a white tick on them.

Detective Sergeant Mark Toker, of GMP’s Salford borough, said: “Since this incident was reported to police we have carried out extensive enquiries and have now managed to produce an efit.

“We are treating this extremely concerning incident as a priority and I would urge anybody who believes they recognise the person pictured to contact police.

“We are also continuing to appeal for a number of potential witnesses to come forward.

“Just before the attack took place, the woman passed a number of people in the field including a family, an elderly couple and some teenagers on bikes.

“These people are not in any trouble but they may have key information which could help us with this case.”