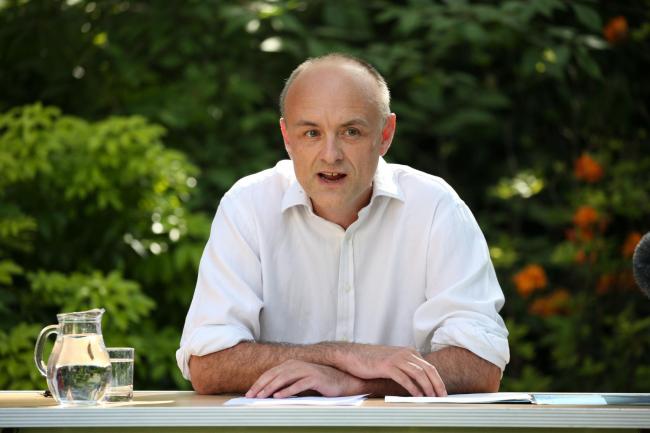 In an unprecedented press conference in the sunshine of the Downing Street garden, the Prime Minister’s Chief Advisor Dominic Cummings laid out a blow by blow account of his movements during his trip to Durham.

Cummings told the media that he felt that in the situation he had made the best choices at the time, in taking his controversial trip to stay in Durham and tried to weigh up competing things between the safety of his four year old child and that of being at the centre of decision making in Government.

Cummings told the conference that he wished with hindsight that he had done some things differently but when people heard his account, people would,while not agreeing that they would have done the same would understand why he made that decision

He also said that a lot of untrue things had been written and broadcast about the period he was in Durham.

Refuting the opinions of scientists who believe that the episode has undermined the public’s confidence in the lockdown rules and be a threat to lives, Cummings said that the opinions were given before everyone knew the full facts.

He added that he did not visit a beauty spot and did not have close contact with his parents.

He said that his decisions were based on what he considered to be the safest option and balanced what was the safest thing for his child and didn’t have to expose other people to risk in a critical situation.

Cummings told the conference that part of the decision making was that his home in London was being threatened because people wrongly said that he had been a string supporter of herd immunity.

He stressed that he had written about the dangers of a Coronavirus pandemic and had urged others to take the threat seriously.

Asked whether he should leave the government if his continued employment undermines the govt’s public health message:“It’s up to the Prime Minister”