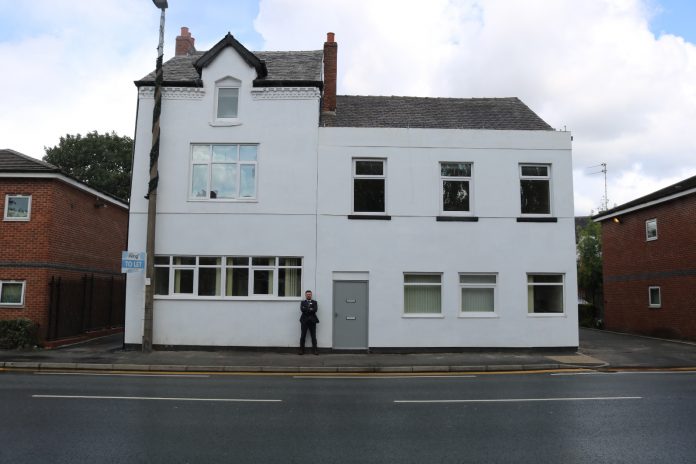 An Eccles pub which has stood empty for two years has been brought back to life and transformed into much-needed affordable homes.

Last orders were called at The Star Inn on Liverpool Road in Eccles in 2016 leaving an eyesore in the town centre.

The abandoned building has now been given a new lease of life and been converted into six modern, one and two-bedroom affordable apartments for local people in housing need.

Jonathan Drake, service director for Salix Living, said: “It’s a sad sign of the times to see pubs closing down at an alarming rate. Rather than just sit empty and cause a blight in our communities, with a little creative thinking and modest investment, they could be transformed into desperately needed housing.

“At a time of a housing crisis, and with more than 6,500 people on the housing waiting list in Salford alone, Salix Living is committed to bringing empty buildings back into use as affordable housing, which will benefit the whole community.

“It is fantastic to see The Star Inn given a new lease of life as an eye-catching apartment block. The building has so much potential, it was a shame to see it being wasted.

“We’re already seeing a high level of interest in the apartments, with a list of tenants keen to move in as soon as possible, so we’re confident they will all be let in the very near future, helping to provide much needed homes in the area.”

The project was awarded £102,000 from the Homes England Empty Homes Funding programme.

To date, Salix Living has created almost 200 homes in Salford by working with local landlords to bring empty buildings back into use. As well as empty houses, this has included derelict shops and even an old tax office.

Aron Iwanier, the owner of new The Star Inn homes, added: “As a Salford born developer – it’s exciting for me to witness the continued redevelopment and regeneration of the general area, and this project in particular, which has transformed a dilapidated building into an attractive residential block. Kudos to Salix Living and Salford Council for facilitating and supporting this project.”

Salix Living currently has several other regeneration projects underway across Salford to bring more empty buildings back into use. These include transforming an empty shop on Lower Broughton Road, which is due to be completed this summer.