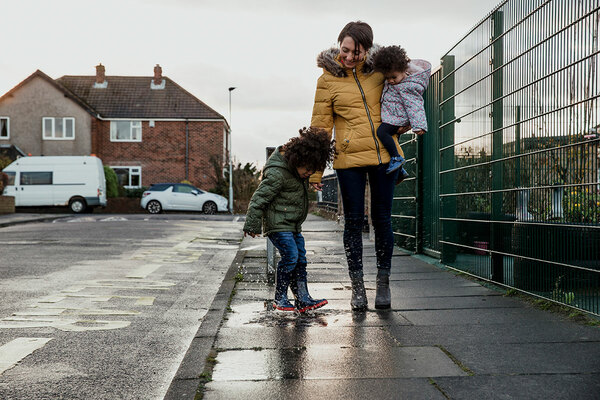 The Joseph Rowntree Foundation (JRF) is urging new housing minister Michael Gove to make ambitious investment in social housing a key part of his strategy to fix the housing crisis.

New analysis from JRF highlights that almost one million families in England are paying rents they cannot afford in the private rented sector. The analysis finds that current government policies, both to support homeownership and to make renting more affordable, are failing this group, but highlights that investment in homes for social rent could lift 600,000 people out of poverty.

The briefing looks at families who are paying private rents they cannot afford, either because they are on low incomes and spend over 30% of their income on rent, or because they have incomes so low that most will find it difficult to cover the rest of their rent after housing benefit despite rents being less than 30% of incomes

Nine in ten of these families are living in poverty, with some family budgets more than £100 a week below the poverty line.

400,000 of these families are in the North and Midlands where private renters are more likely to be on low incomes.

Being in work is not a solution – 4 in 5 of these families (748,000) have at least one adult in work, with two-thirds of them working full-time.

Investment in homes for social rent could lift 600,000 people out of poverty.

As families on low incomes are left reeling by the £20 a week cut to Universal Credit, rising energy bills and inflation, the new analysis highlights how high housing costs in the private rented sector are another huge factor impacting on their living standards.

The report concludes that current housing policies are either not working for this group or only working for a small proportion of them – leaving a ‘policy black hole’ for private renters on low incomes. JRF recommends the Government step up its efforts to reach its target of 300,000 homes a year and ensures 30% of these are homes for social rent that are genuinely affordable to people on low incomes.

The government’s ‘Affordable Rent’ scheme, introduced in 2011, which sets rents at up to 80% of the market rate, is only affordable to a quarter of the 956,000 families paying private rents they cannot afford.

Housing benefit plays a vital role in helping families meet the cost of expensive private rents, but years of cuts and freezes have undermined its effectiveness. It is currently frozen at the lowest 30% of local rents as of September 2019, when average private rents have risen by 2.8% in England on average since then and by as much as 5.5% in some areas like the East Midlands.

Around half of the 956,000 families paying rents they can’t afford receive housing benefit, but many are still trapped in poverty because it does not cover the real cost of renting. At an annual cost of around £30bn per year, much of which ends up being paid to private landlords, housing benefit by itself it is not a sustainable solution.

The analysis also finds that the homeownership products that form the cornerstone of government housing policy and its aspiration to “turn Generation Rent into Generation Buy” are out of reach for most private renters on low incomes. Homes bought through Help to Buy are only affordable to 2% of this group, and most current products such as the mortgage guarantee scheme and First Homes scheme are only affordable to 10% of this group. While these products may work for people who are already on the cusp of homeownership, they are almost completely out of reach for renters on low incomes.

JRF is calling for a significant increase in investment in homes for social rent, which are designed to be affordable to people on low incomes. This could make housing affordable for half a million households, reduce unaffordability pressures for most of the other half million households paying rents they cannot afford, and leave families on average £50 per week better off. For families on low incomes this represents a significant increase in living standards, freeing up money to be used on other essentials such as heating, groceries and transport.

Current plans to build 6,000 homes for social rent each year will not come close to delivering the number of homes needed to meet the scale of the problem. Stepping this up to deliver 100,000 homes for social rent per year for the next 15 years would turn the tide on the housing crisis and help deliver two key aims of the Government. In the short term, Government would meet the needs of the 1.1m people on the social housing waiting list and fulfil its own aim of tackling homelessness. In the long term, it could significantly boost living standards while lifting 600,000 private renters out of poverty, all while reducing the housing benefit bill.

“It’s unacceptable that almost a million families on low incomes across England are paying private rents they can’t afford. This has huge consequences for families: money that could be spent on nutritious food, after-school activities or saving towards a deposit for your own home is instead sucked into high private rents.

“Our analysis shows that buying your own home through government schemes is simply not an option for the vast majority of people on low incomes, and policies to make rent more affordable are not working either. The impact of the housing crisis is being felt up and down the country: so why is there a policy black hole for the people who most need support?

“With an ambitious new Minister at the helm, the Comprehensive Spending Review is the first opportunity for him to signal a clear intent to tackle the housing crisis head on by delivering the homes that can fix the problem. Bold investment in homes for social rent that are genuinely affordable for people on low incomes would set us on a clear path to reducing poverty and increasing the living standards of people on the lowest incomes.”