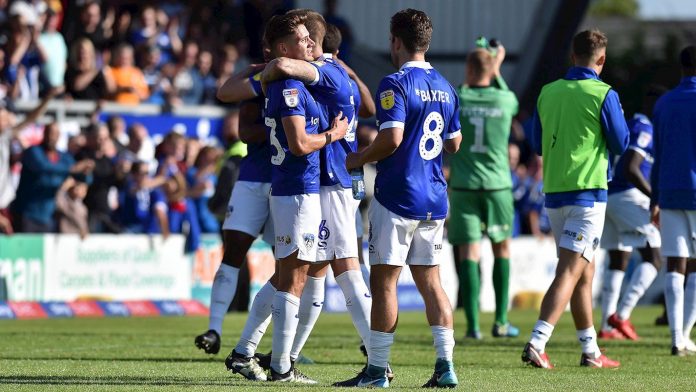 QPR debutant Tomer Hemed scored a controversial winner for the Hoops as Wigan Athletic suffered a defeat in the capital.

The better side on the afternoon, The Latics forced Joe Lumley in the QPR goal into a number of saves but couldn’t quite get a leveller as frustration was the over-riding emotion in West London.

Bolton Wanderers fell to their first league defeat of the campaign at the hands of Sheffield United on Saturday afternoon.

Goals from Mark Duffy, Kieron Freeman and John Fleck were the result of the Whites’ loss.

Manager Phil Parkinson in a post match interview said that their opponents were better than us and sharper all over the pitch and we were punished for that.

Josh Ginnelly opened the scoring for the visitors shortly after the hour mark with a deflected effort, before Zeli Ismail doubled the lead in the second-half.

Camps responded immediately to get Dale back within one, but despite pressure in the final ten minutes, they couldn’t find the equaliser.

“No matter how hard this group is working, we can’t make the mistakes that we’re making.Sometimes it goes against you but you’ve got to fight hard and stick to your principles. You’ve got to have a winning mentality, even in defeat.” said Manager Keith Hill after the game.

Oldham Manager Frankie Bunn believes his side can perform much better despite claiming their first away win of the season with a 2-0 victory over Morecambe FC.

Two quickfire goals from Chris O’Grady and Gevaro Nepomuceno secured the three points for Oldham, but Bunn still wants more from his team.

“It was a tough game, it wasn’t a pleasing performance on the eye but the way we defended, and the performance of the goal keeper was magnificent.” Bunn said.

Crawley Town took all the spoils following a 5-goal thriller at the Broadfield Stadium after a late winner from Ollie Palmer condemned Bury to defeat.

Crawley took an early lead through Jimmy Smith, before goals from Dagnall and Mayor turned the game on its head in the second half. Unfortunately, late goals from Panutche Camara and Ollie Palmer left Bury returning home with nothing to show for their efforts.