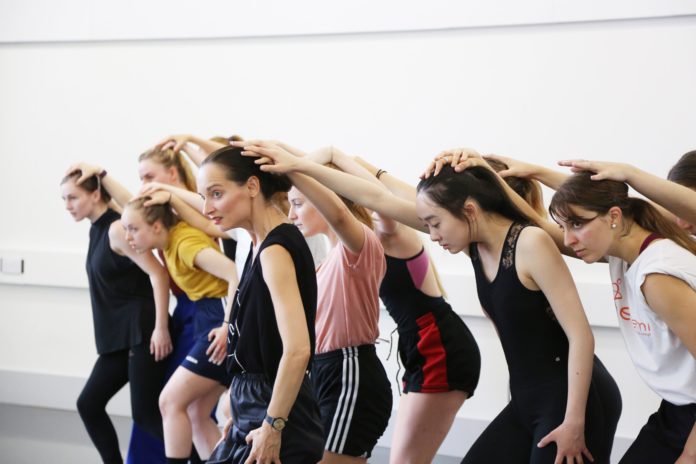 Emergence is the touring company formed from MA dance students from the University of Salford. Led by Artistic Director Joss Arnott and Programme Leader Deborah Milner, the students will come together to tour a triple bill of works created for and with, including two world premieres by choreographers James Wilton and Wubkje Kuindersma, and another chance to see company Artistic Director Joss Arnott’s epic work from 2019’s tour.

Wubkje Kuindersma presents FUEL, a work for six dancers inspired by the force that drives and the fuel that feeds this young, vital company. James Wilton’s physical feast An Event, was inspired by dystopian fiction including Margaret Atwood’s The Handmaid’s Tale and asks how we feel in that moment between everything being fine and everything falling catastrophically to pieces.

Joss Arnott’s When Worlds Collide features music which has been specially commission from composer James Keane. He worked with the dancers to teach them his unique physical language, ingraining it in their muscles before collaborating with them to create the finished work. The epic, cinematic score combined with human rhythms give the piece an emotive thread which builds on Arnott’s concept of empowerment.

Speaking about the tour, Artistic Director Joss Arnott said “I am delighted to be inviting two dynamic choreographers to make new works with the company for this, the second ever tour by Emergence. James and Wubkje both have strong yet unique dance languages and I am certain that audiences will be enthralled by how these young dancers have interpreted their vision.”

A walk through Ashton’s Radical Past