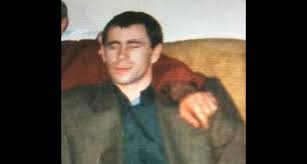 Detectives investigating the murder of Martin Joyce have launched a fresh appeal 18 years after he was last seen.

Martin, 46, was reported missing on 7 September 1999, having last been seen at The Bank of England Pub in Ancoats.

Despite reported sightings over the years, Martin had not been found and, after 17 years had passed, detectives from GMP’s Major Incident Team launched a murder investigation.

As part of this investigation, a two-week search of the pub where he was last seen was carried out as well as covert enquiries.

Today marks the 18th anniversary of Martin being reported missing.

Senior Investigating Officer Teresa Lam of GMP’s Major Incident Team, said: “This has been a long and gruelling investigation not only for the officers involved but for Martin’s family who are no closer to getting the answers they need.

“Although it’s been almost two decades since Martin was last seen, we will explore every avenue available to us so, if you know something, please get in touch with us.

“Eighteen years is a long period of time and allegiances may have changed. It’s never too late to report something, especially if it’s going to help us find out what happened to Martin.”