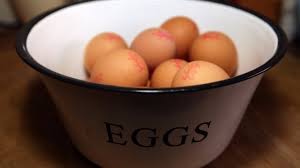 Supermarkets are withdrawing egg products from their shelves after the insecticide Fipronil, has been found in eggs from Holland and Belgium.

The chemical can be harmful to humans if consumed in large doses.

About 700,000 eggs have been sent to the UK from potentially contaminated Dutch farms, up from an early estimate of 21,000, the Food Standard’s Agency food has said although they stress there is no need for panic.

In the UK, processed foods containing eggs, including sandwiches and salads, have been recalled from Sainsbury’s, Morrisons, Waitrose and Asda.

The decision to withdraw these products is not due to food safety concerns, but is based on the fact that Fipronil is not authorised for use in food producing animals.

In a statement today the FSA said:

“The products affected are processed foods in which egg is one ingredient among many others, mostly used in sandwich fillings or other chilled foods. While in some European countries eggs containing Fipronil residues have been sold as fresh eggs, in the UK this is not the case. Many of the eggs involved were mixed with other eggs which have not come from affected farms so Fipronil residues will be highly diluted. It is likely that the number of eggs that have come to the UK is closer to 700,000 than the 21,000 we previously believed had been imported.

“However, as this represents 0.007% of the eggs we consume in the UK every year, it remains the case that it is very unlikely that there is any risk to public health from consuming these foods.”

“We have no evidence that eggs laid in the UK are contaminated or that Fipronil has been used inappropriately in the UK.”

Testing of eggs on farms is underway across the UK and results to date for England and Wales show no exposure to Fipronil.

Heather Hancock, Chairman of the Food Standards Agency, said: ‘I’m confident that acting quickly is the right thing to do. The number of eggs involved is small in proportion to the number of eggs we eat, and it is very unlikely that there is a risk to public health. Based on the available evidence there is no need for people to change the way they consume or cook eggs. However, Fipronil is not legally allowed for use near food-producing animals and it shouldn’t be there.’

Two dead after car ploughs into pedestrians at Whythenshawe hospital