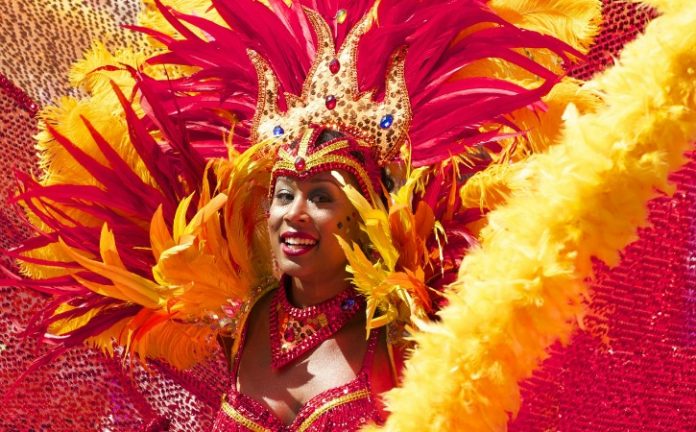 If you’re thinking that a rainy start to the weekend might mean staying at home all day – you’re mistaken.

We’ve lined up the very best things to do in Manchester this weekend. From theatre, music, art and more, we have it all.

Bongo’s Bingo is bingo – but not as you know it. Held in the Grade II listed Wesleyan chapel, Bongo’s Bingo strikes again this Friday. Bongo’s Bingo is often described as raver’s bingo- complete with dance offs, rave intervals, glow sticks, frivolity and a guaranteed good time.

For its final week in Manchester, Funny Girl will continue to run at The Palace Theatre. Starring Olivier Award-winning Sheridan Smith as Fanny Brice and Darius Campbell reprising his role as Nick Arnstein, the critically acclaimed West End production has proven to be a hit amongst critics. Funny Girl brought global fame to Barbra Streisand 50 years ago and boasts some of the most iconic songs in film and theatre history, including ‘Don’t Rain On My Parade’ and ‘People’.

As part of Covert’s Summer Series, ‘Franky Ricardo In The House’ will be performing at Gorilla. For ten weeks Covert, the Manchester house and techno night club, will be setting up shop underneath the arches on Whitworth Street West. With a line up including Just Jorge, Lucas Martin, Mark Johnstone, and Franky RIzardo, it will be a night not to be missed.

This weekend will mark Rochdale Feelgood Festival’s 10th birthday. To celebrate, the free entertainment event that is held in the town centre will be headlined by indie-rock band Razorlight. As well as live music across indoor and outdoor stages, food stalls, craft markets and family entertainment will be present throughout the two day festivities.

As part of the Summer of Music at Cloud 23  you can see the panoramic, sky bar transform into the ultimate music and party venue, featuring live music from some of Manchester’s finest artists, DJs and bands. This Friday get the party started and discover the magic of the Caribbean, before the real Carnival begins the day after.

Omar — Band On The Wall

Omar Lye Fook, better known by his first name is the London-born soul singer, musician and songwriter. Best known for his debut single for ‘Mr. Postman’/’You And Me’, he became a hot name on London’s underground just over 20 years ago. Combined with his soulful voice, smooth composition and harmonious melodies – Omar’s presence at Band On The Wall will be one to remember.

Presented by special arrangement with Samuel French and in support of Great Ormond Street Hospital Children’s Charity, J.M.Barrie’s timeless classic is brought to life in a brand new adaptation by award winning writer Laura Turner. With beautifully designed costumes, music and songs, join Peter, Wendy, Michael, John and friends on their adventures far away on the magical island of Neverland.

If drinking at some of the finest establishments to drink located brewed ale on route through beautiful valleys and villages sounds like your perfect day out, then look no further than the Guided Rail Ale Trail. With the Rail Ale Trail you can embark on a journey to explore the fascinating history, heritage and hops that Rawtensall and Ramsbottom have to offer.

Doing exactly what it says on the tin, the Pinked Floyd Tribute show has been entertaining audiences since 2014 with their tribute performance to Pink Floyd. Playing at the City Airport and Heliport in Eccles this weekend, expect to hear you favourite tunes and more.

Showcasing the finest food, drink, art, crafts and more is Eccle’s Maker’s Markets. With more than 50 artisan traders setting up shop for one day only, there will be something for everyone to enjoy. Live music and local produce – whats not to love?

The Wizard of Oz — Stockport Plaza

For its final show, don’t miss Cheryl Fergison (EastEnders’ Heather Trott) as the Wicked Witch of the West. This magical show is sure to put a smile on every face. Click your heels together and join Scarecrow, Tin Man, Lion, Dorothy andToto, as they follow the Yellow Brick Road to the Merry Old Land of Oz. This classic family show includes a hilarious script, dazzling costumes and sets, plus a wealth of songs and show-stopping choreography.

For the charity minded, throw on those running shoes and get down to the Leigh Community 10K run. The entry fees, which are processed online, will raise money for the Wigan and Leigh Hospice. The brand new race will take in three laps of a course through Leigh town centre this Sunday.

Moving from Eccles to the heart of NQ on the second Sunday of the month, Stevenson square comes alive with passionate creatives eager to share and inspire visitors with award winning food and drink and exhibiting awesome art, modern craft and vintage.

Running until 28 August, ‘Shirley Baker: Women and Children; and Loitering Men’  includes previously unseen colour and  black and white photographs of the urban clearance programmes of inner city Manchester and Salford. With a period spanning from 1961-1981, Baker’s exhibition  documents the destruction of working class communities.

Pop Open the Bubbly with Escape Hunt to Celebrate Reopening