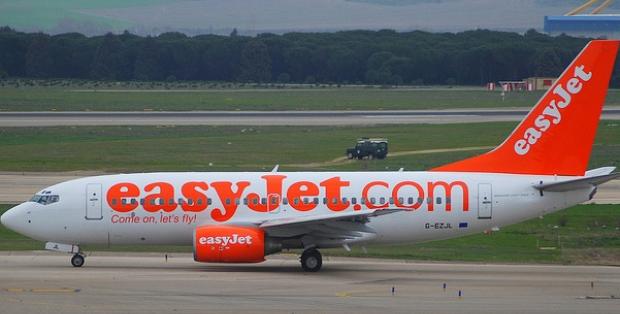 The low cost airline has seen a massive growth of 112% in the number of seats on offer over the past five years.

More than three million passengers flew with easyJet to and from Manchester during the course of 2016 – a doubling from just over 1.46m in 2011. In total over 15m passengers have flown with easyJet during this time.

easyJet is now the second-largest airline in Manchester with 11% of seats on sale at the airport and during this financial year, will grow further with an increase in the number of seats on sale of around 21.8% to over 3.79m.

Two new aircraft were added to the fleet in Manchester in 2016, and the airline will also position a further A320 aircraft in Manchester from summer 2017 bringing the total aircraft based here to 12.

The airline offers a wide range of 50 routes from Manchester connecting the North West to the whole of Europe and beyond. The expansion continues this year with a further six new routes added, to include Krakow, Gran Canaria, Turin, Granada, Preveza and Dubrovnik . Six new routes were launched in 2016 to Vienna, Tivat, Milan, Paris, Sardinia and Gibraltar.

“As Manchester’s second-largest airline carrying more than three million passengers annually, customers in the North West have an unrivalled network of 50 routes at their doorstep.

“We remain committed to growing our presence in Manchester and easyJet supports Manchester tourism and business travel by ensuring it provides easy and affordable direct air links to many European destinations.

“Manchester’s appeal as both a leisure and business destination stretches beyond Europe and in 2016 over 34,000 bookings were made by passengers from outside Europe on routes to Manchester. Of those around 11,500 were from India and more than 9,500 from North America.”

“We are pleased to see such excellent growth from easyJet here at Manchester Airport.

“With 50 routes, easyJet offers a wealth of destinations for the 22m people in our catchment area that spans north to the Scottish Borders, south to the Midlands, west to Wales and Merseyside, and east across Yorkshire.

“We have worked closely with the airline for many years and will continue as their growth increases, particularly with new destinations launching this year, which I am sure will prove popular with our passengers.”