MANCHESTER’S new indoor bike park, Dirt Factory, is opening its doors to the public this weekend after a hugely successful soft launch welcomed more than 500 people of all ages and abilities.

Dan Makin, co-founder and Managing Director of Dirt Factory said: “The response to Dirt Factory over the last few weeks has been brilliant, and we have loved welcoming so many different groups of people, from professional riders to children just learning how to use a bike.

“Our feedback survey has told us that more than 90% of visitors feel more inspired and motivated to ride more often after visiting, which is great, and we look forward to welcoming many more people to the Mayfield Pop Up.”

James Heather, Development Director for the Mayfield Partnership, which is leading the £1bn regeneration of the 30-acre Mayfield district said: “We are delighted to be working with the Dirt Factory team. They have worked incredibly hard to create an exciting attraction which has broad appeal and genuine impact.

“Dan and his team share many of our values around community and well-being and it was great to see the delight on the faces of children from Medlock Primary School in Ardwick when they visited.”

Around 2,000 tonnes of reclaimed soil has been used to create the new bike park, which has been praised by former Olympic Gold Medallist Chris Boardman, now Greater Manchester’s Walking and Cycling Commissioner.

Home to a range of exciting bike trails and features, designed for riders of all ages and abilities. The Pop-Up has already welcomed BMX and cycling clubs from across the North and Midlands as well as a number of groups from the local community including school children and teenagers who have been excluded from school.

The Pop-Up will be open for up to two years at Mayfield ahead of the business moving to a permanent home at a larger facility in Greater Manchester.

Alongside hosting the popular weekly street food fair GRUB, and partnerships with Manchester International Festival and Manchester Pride, the Dirt Factory Pop Up is part of the Mayfield Partnership’s strategy to reactivate Mayfield, which has been largely vacant for the last 30 years.

The Partnership is currently consulting the public on its plans for the first phase of the development, which includes Mayfield Park a managed 6-acre park – Manchester’s first new park in more than 100 years, an office block and multi-storey car park.

In the long term, Mayfield will be transformed into a world-class urban quarter, delivering new office and leisure space as 1,300 homes and a hotel. 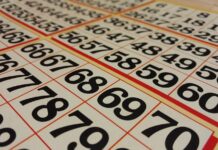 Who Is The Creator Of Bitcoin?