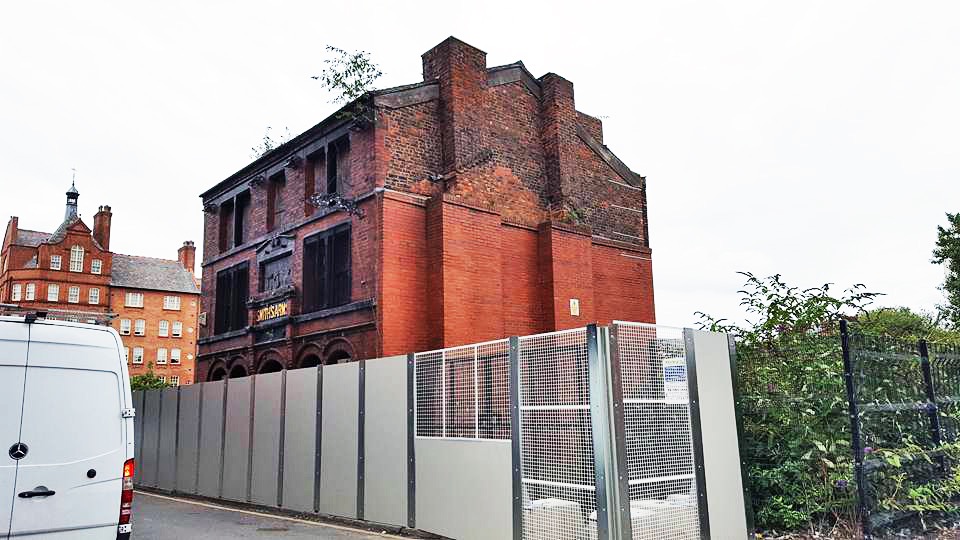 Demolition of the historic Smith’s Arms pub, the oldest in Ancoats, began over the weekend.

Since the news was announced earlier this year, residents and campaigners have staged several protests and set up campaign groups online in desperate attempts to halt the council’s plans.

Leading campaign group, Manchester Shield, said: “The contamination of politics, power, position and profit is increasingly concerning in Manchester. The lack of public involvement in policy and strategy is becoming a real concern for local residents.”

The listed asset closed in the 1990s, but has been well preserved. There is no evidence to suggest it is a building at risk, or beyond repair, despite being the oldest pub in Ancoats.
Manchester Shield added: “There are legitimate questions and concerns from local residents that the council are just ignoring.”
Former Manchester MP, John Leech, said of the loss: “The council have failed to recognise the contribution that the Smith’s Arms makes to the Ancoats conservation area and this will be a real loss for local residents.”