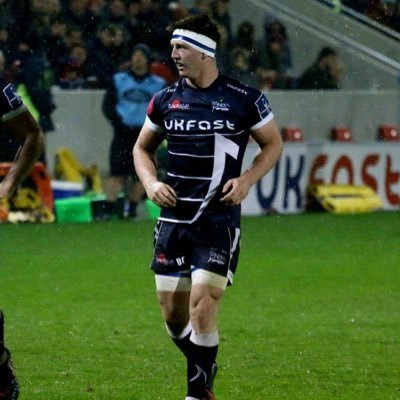 Sale Sharks have announced that openside flanker Ben Curry has signed a contract extension which will keep him in the North West until 2023.

Ben, who will be 21 next June, first appeared for the Sharks in November 2016 against Wasps in the Anglo-Welsh Cup, and was a member of England’s touring party in Argentina the following Summer.

He captained the England Under-20 team in the Junior World Cup in France last Summer.

Ben said, “We have a great group of lads here, and there’s a very positive environment at the club. We’re making good signings, and I’m excited to be part of the future at Sale Sharks.”

“Ben is a fantastic player and I have no doubt he will continue to get even better and fulfil his ambition of becoming an England international. He is a brilliant product of our Academy and at 20 yrs of age is already a member of our senior player group. We are lucky to have him at the club.