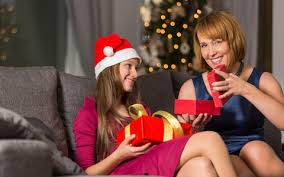 Millennials are the most likely generation to have received a gift they didn’t like at Christmas, according to new research from Which?.

Which? asked nearly 2,000 members of the public about the presents they were given for Christmas last year. One in four (25%) of those who had received presents said they had received one or more that they were not happy with.

Millennials were much more likely to have received unwanted gifts than any of the other age groups surveyed, with almost four in ten (37%) of those aged 25 to 34 who had received presents last year telling Which? they had unwrapped ones they didn’t like.

Generation Z fared only slightly better – three in ten (31%) 18 to 24 year olds were given gifts they didn’t like.

Those aged 55 and over seemed most content with their Christmas lot, with only one in five (19%) saying they received an unwanted gift last year.

Which? also asked its members about the worst presents they had been given. Answers included a packet of sanitary towels, an out of date gift voucher, a pineapple cutting machine and a hand-knitted willy warmer.

Also among the worst presents received were a box of chocolates – given to a diabetic, aftershave – given to someone with a beard, and a bottle of champagne – given to a teetotaller.

Londoners were the most likely to try and get a replacement or refund from the gift-giver for an unwanted present, with 17 per cent plucking up the courage to ask for one compared with just six per cent of the UK as a whole.

The consumer champion found that people living in the Midlands were more likely to donate their unwanted present to charity than those in the capital. Almost one in three (30%) Midlanders told us this was their solution, compared to just one in ten (12%) Londoners.

When it came to what to do with unwanted presents, re-gifting was the most popular option, with a third (33%) adopting this approach, while around a quarter (23%) said they donated the items to a charity shop.

10 per cent of those Which? surveyed said they planned to sell their unwanted present on an online marketplace, such as eBay.

Finally, four per cent of people took a more extreme approach and said they had thrown an unwanted Christmas gift in the bin last year.

“Most of us have been in the awkward position of receiving a gift that isn’t quite to our taste. What our research shows is that people have really different approaches when it comes to dealing with unwanted gifts.

“When shopping for gifts for others, we recommend asking for a gift receipt to ensure that if the recipient isn’t entirely happy, they have the option to easily exchange it for something they’ll really love.”