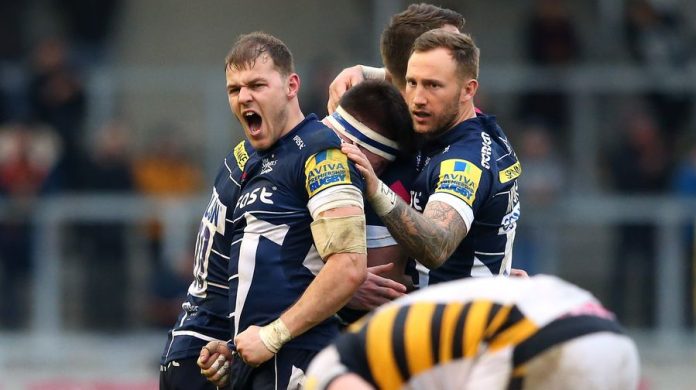 Will Addison says Sale Sharks are determined to start 2018 as they mean to go on… by overcoming the challenge of Harlequins at the AJ Bell Stadium this Saturday.

The Sharks will step out for their first game of the New Year looking to right the wrongs of last weekend’s narrow 20-16 loss away at Gloucester.

It was the club’s first Premiership loss since November and checked the momentum which had brought the Sharks to within touching distance of the top six.

But the centre insists Sale are aiming to serve up a fitting response against a resurgent Quins who hammered Northampton 50-21 at the weekend to leapfrog the Sharks in what is a tightly-congested league table.

“To miss out on the win at Gloucester was disappointing but we have moved on and the focus now is all about the big game this weekend,” Will declared.

“A win is the only thing which is acceptable for this weekend.”