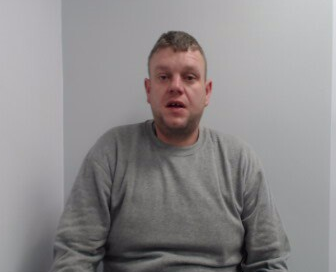 Two members of an organised crime group in Stockport have been sentenced to a combined total of 19 years in prison after seriously assaulting and slitting the throat of a man in September last year.

Nathan Kelso 37, of Cumberland Road, and Luke Wilson 36, of Nottingham Close, both from the Brinnington area, were given the verdict at Manchester Crown Court today after previously pleading guilty to section 18 assault.

The sentencings concluded a victimless prosecution pursued by officers from GMP’s Stockport CID and the Crown Prosecution Service (CPS), to ensure that the offenders were brought to justice and to serve time for their actions.

The court heard that on the morning of Wednesday 25 September 2019, prior to 8am, the victim – an 18-year-old man – had received a number of texts and calls which resulted in him going to meet Nathan Kelso and Luke Wilson at the top of Hardman Street in Edgeley.

The victim was expecting to be asked to do some work for the men, but was instead attacked and dragged to the floor before having his throat slit with a bladed instrument by one man while the other was filming the incident.

The offenders then made off in a white van, leaving the victim covered in blood and fighting for his life.

After being attacked, the victim managed to make his way back to his place of residence and contacted the emergency services, before being taken to hospital for emergency surgery.

He told police what had happened to him and that he thought he was going to die during the attack, but refused to provide details of who had done it and has since not assisted the investigation due to being afraid of Kelso and Wilson.

Detectives launched an investigation and began to probe CCTV evidence around the area which showed Kelso and Wilson in a white transit van making their way to and from the vicinity in the moments either side of the attack.

As Wilson arrived at his home address, further CCTV footage showed both men cleaning the van with a mop and bucket.

Wilson was arrested later that afternoon in relation to the incident and his van was seized by police for examination.

In Wilson’s interview he denied any knowledge of the incident and said he was delivering vegetables to a customer.

Investigators continued their enquiry and, after forensic examination, found there were several patches of blood on some of the doors in the van.

The blood was later found to match that of Kelso and the victim, and subsequently on Thursday 17 October 2019, Wilson and Kelso were arrested in relation to the assault but all denied involvement with the incident.

Due to the evidence against them, Kelso and Wilson were charged with attempted murder on Friday 18 October 2019 and ultimately pleaded guilty to section 18 assault, which the prosecution accepted.

Detective Constable Edward Hooley, of GMP’s Stockport CID, said: “Today’s verdict is a significant result as it brings two dangerous members of organised crime to justice for the savage attack on a vulnerable and defenceless man.

“Such is the fear and intimidation used by Kelso and Wilson, the victim was too afraid to assist with this investigation and so we have pursued with this as a victimless prosecution.

“I hope that this sends out a clear message to those who think they can intimidate their way out of prosecutions; we will not tolerate serious violence on our streets and even if the victim doesn’t feel confident that they can support a case, we will still do all we can to bring perpetrators to justice.

“This was a really strong investigation that saw a dedicated team of detectives work extensively to ensure that forensic and CCTV opportunities were meticulously pursued so that every avenue of evidence was maximised, and ultimately lead to a successful conviction.

“The streets of Stockport are a safer place for our community after today, and while the physical and mental trauma the victim has received as a result of these offenders is incomprehensible, I hope he can take some comfort from today’s result.”