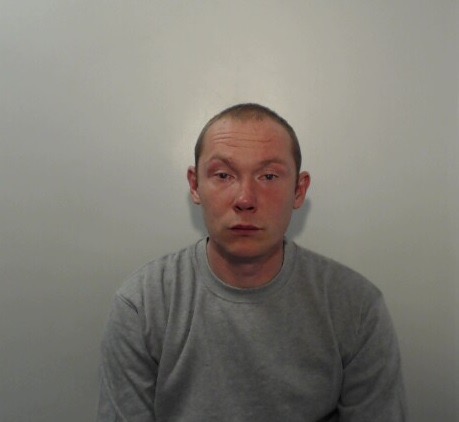 47-year-old man was found unconscious and with serious head and facial injuries near the Palace Theatre, Oxford Street on the 10th November.

The court heard that, at around 6.45pm on the previous day, the victim had entered a nearby McDonald’s alongside three men, including Bukatas and Garlauskas. Just before 9pm, the four men left the restaurant and entered an alleyway, behind the building, off Chepstow Street.

It was in this alleyway that the victim was subjected to a violent assault at the hands of Bukatas and Garlauskas. Bukatas and Garlauskas left the alleyway towards Oxford Street before boarding a tram bound for Manchester Airport.  A short time later, the victim emerged from the alleyway after being found by two members of the public who took him back to McDonalds, where he left before later being found collapsed on Whitworth Street.

He was taken to hospital where he was treated for multiple head and facial injuries.

Detective Inspector Mark Astbury, of GMP’s City of Manchester Division, said: “This was a brutal attack that left a man with serious head injuries – there is no place for such violence on our streets.

“Thankfully, the victim physically recovered but I hope today’s sentencing provides him with a sense of closure and justice as he continues to move on with his life.

“GMP will continue to work hard to ensure offenders face the consequences of their actions.”