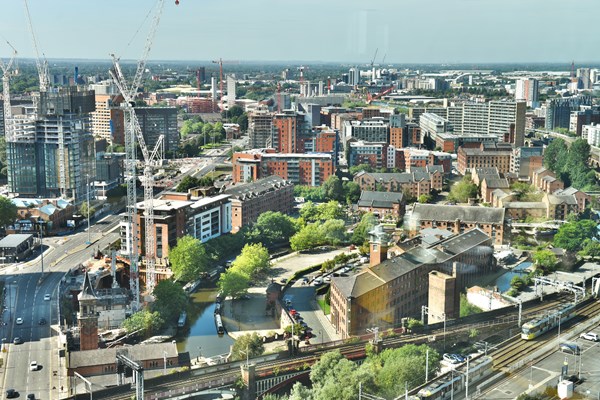 The recent imposition of Tier 3 restrictions in Greater Manchester and the uncertainty around them in the days prior to the rules coming into effect have dented business activity levels.

Greater Manchester Chamber of Commerce’s sixth GM COVID-19 Recovery Tracker survey, covering the first three weeks of October, found that customer demand has decreased since September with an associated worsening in cash positions for many businesses.

The latest survey results show that current sales and advance orders from domestic customers have declined significantly when compared with the results of the third quarter’s Economic Survey.

Most of Greater Manchester has been under some form of restrictions since the end of July. Any gains made as national lockdown was eased in June /July has now been negated and the more severe Tier 3 restrictions imposed across the city region are having an adverse impact on economic activity.

The balances relating to customer demand and cash flow are still negative and have declined since September. Not only does this mean that more businesses reported a reduction rather than an improvement, but it also shows that the short-term stabilisation in business activity is now giving way to a rapid decline.

The Q3 QES results showed that the balance relating to current domestic sales and advance UK orders were close to -15 to -20 respectively. These have now declined to -25 and -27. Nearly half of the respondents reported recent reductions in their sales.

Subrahmaniam Krishnan-Harihara, Head of Research at Greater Manchester Chamber of Commerce, said: “The Chamber’s sixth COVID-19 tracker survey shows that the local economy has lost steam, and the recovery trajectory is weakening. Now, business owners are very anxious about there being no discernible pick-up in sales and revenues. Many business owners have also reported that the messaging around the imposition of restrictions and what curbs are in place has been unclear and confusing. As a result, there is also a lot of uncertainty around what safety measures to implement. Anxiety around rising infections has dented consumer confidence. The Government has also encouraged people to work from home, which will affect the recovery of town centres.”

There is a lot of concern around rising unemployment especially as the furlough scheme comes to an end this week. The results indicate that one-sixth of respondents are planning staff reductions, roughly the same proportion as in the previous survey results. Business confidence is also subdued with half the respondents saying they are worried about being able to maintain their revenues and margins in the coming weeks. Diminished cash reserves and poor business confidence will likely constrain any expansion of productive capacity, so not many businesses are likely to be recruiting in the next few weeks.

Subrahmaniam added: “We need to keep a close eye on possible redundancies and employment numbers. The full effect of the end of the furlough will be known only in November although the new Job Support Scheme is likely to cushion the blow. Depressing as it is, we have again revised down the short-term economic outlook to reflect the latest survey results. Current levels of most indicators are much lower than initially expected and indicate a degree of stagnation in the economy. The best-case scenario is a pick-up in demand during the key festive trading season although the then infection rates will pay a big part in consumer confidence.

“Since August, Greater Manchester Chamber has been calling for additional business support, especially to avoid an unemployment crisis. We are pleased that the Chancellor has announced some changes to the Job Support Scheme. The measures announced last week are a significant increase in available support, but more may be needed if the festive trading season turns out to be a challenging one as many business leaders fear it might.”