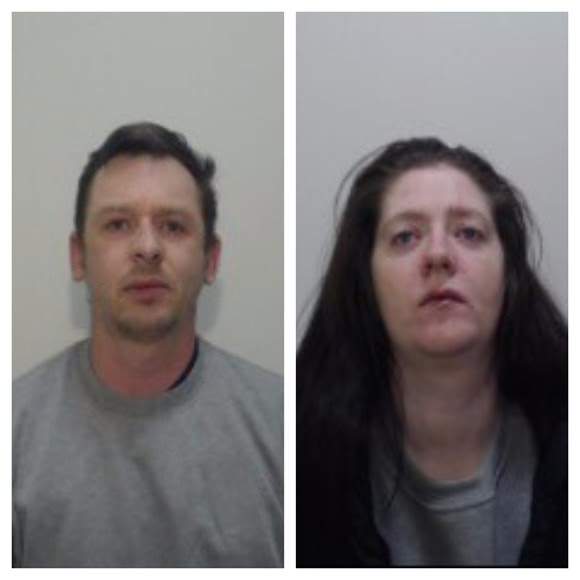 The courage of two young survivors of a prolific and sustained period of sexual abuse by a depraved couple from Bury have been praised by detectives after their abusers were jailed for over 25 years.

John Mills (38) and Tiffany Eccles (27) were sentenced yesterday at Manchester Crown Court after previously admitting over 20 offences between them – including rape, sexual assault, and inciting a child to engage in sexual activity.

The court heard how police first became aware of the couple’s campaign of offending in November 2021 after a teenage girl bravely attended Bury police station with her mother to report Mills and Eccles for sexually assaulting her for a period of almost five years – starting when she was aged just eight-years-old.

During her account with police at the station, the girl described – in detail – several incidents of serious sexual offences committed by the pair, with Mills often inciting the victim to ‘do things’ involving himself and Eccles, engaging in sexual activity with them both at the same time.

It was also described how Mills would sometimes be drunk when committing the acts, and over the course of the abuse he was found to have sexually assaulted the girl at a camping site in Cumbria, raped her in a car on a dirt-track in Farnworth, at an address in Whitefield and at multiple addresses in Bury.

As well as trying to communicate in a sexual manner with her via social media, Mills encouraged the girl to engage in sexual activity with Eccles and forced the victim to watch footage of Eccles having sexual intercourse with one of Mills’ friends.

On the evening of the day the report was made, officers arrested the couple and brought them into custody for questioning regarding the offences the victim had courageously disclosed.

Following the arrests, a second report was made to police by another teenage girl who also alleged serious and persistent offending of a sexual nature perpetrated by the couple, the abuse starting when the girl was as young as three-years old.

The girl spoke of how Mills would routinely ask to do sexual acts with her and even told her about the activity he engaged in with the first victim when he raped her for the first time.

Eccles would regularly be described as present, actively engaging in the abuse and encouraging the victims to act on Mills’ requests.

The couple – from Bury – were charged following their interviews following the quality and detail of evidence provided by both girls, before Mills and Eccles proceeded to admit the offences they were accused of in court.

Eccles, of Rochdale Road, was jailed for seven years and two months for – in relation to the first victim – one count of engaging in sexual activity in the presence of a child, and two counts of causing or inciting a child under 13 to engage in sexual activity.

They must serve at least two-thirds of their sentence before being considered for parole; they have also received indefinite sexual harm prevention orders and restraining orders relating to both victims.

Both girls have received dedicated specialist support from police and partners during the investigation and have been praised by our investigating officers.

Woman in her 30’s sexually assaulted in Collyhurst

Police are looking for this man after armed robbery in Heywood