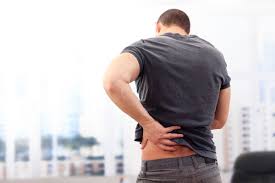 Urgent referrals for urological cancers have dropped by 52.1% in Manchester compared to the same period last year as the Covid-19 pandemic made it harder for men to visit their doctor, according to the latest statistics shared by Prostate Cancer UK.

The charity today shared figures showing that urgent referrals have dropped by half (49.5%) in England overall and are now at their lowest levels in 10 years. Although the picture is beginning to improve, referrals in June were still 34.2% lower in Manchester than in 2019, putting men with higher-risk cancers at risk of being diagnosed too late to be cured unless referrals go back up to pre-pandemic levels.

The leading men’s health charity is encouraging all men at increased risk of prostate cancer to contact their GP to discuss the advantages and disadvantages of a PSA blood test, which can give them an indication of any problems with their prostate. This includes men over 50, particularly black men, and those with a family history of the disease. As most men do not experience any symptoms until the disease has spread and become incurable, it is critical that men with these risk factors take action.

High-profile celebrities who are motivated by the cause, such as broadcaster Bill Turnbull and EastEnders actor Davood Ghadami, as well as clinicians such as TV’s Dr Sarah Jarvis and GP Dr Richard Roope have joined the charity’s campaign to raise awareness of the disease and encourage men at increased prostate cancer risk to have these vital conversations with GPs.

“Earlier this year, we announced that prostate cancer had become the most commonly diagnosed cancer in the UK, thanks largely to a greater awareness of the disease in recent years.3

“Detecting prostate cancer earlier helps save lives, but Covid-19 has made it harder for men to visit their doctor this year – especially if they don’t feel unwell or have no symptoms. As a result, we estimate there could be 3,500 men in England with a higher-risk prostate cancer which has not yet been diagnosed.2 If we don’t act now, we could face a future where thousands of men are diagnosed too late, when the cancer has advanced to a stage that cannot be cured.

“Most men with early prostate cancer don’t have any symptoms, so it’s important not to wait until you notice something’s wrong. If men are at increased risk because they’re over 50, if they’re black, or if their dad or brother had it, they should call their GP to ask about the pros and cons of a PSA blood test. We’re encouraging everyone to share our 30-second risk checker to help find these men that have missed out on a diagnosis.”

Anyone with concerns about the disease can speak to a Prostate Cancer UK Specialist Nurse on 0800 074 8383.

Culhane continued: “Some areas have been hit especially hard by the pandemic, and it’s critical that men feel safe calling their GP. Most GP surgeries offer phone and video consultations, and men need to be reassured that the hospitals their GP may refer them to will be safe and not put them at undue risk from Covid-19.”

Dr Sarah Jarvis, a GP who regularly appears on to The One Show, Good Morning Britain and Radio 2’s Jeremy Vine show is backing the charity’s call for greater awareness. She said:

“It is a cause of enormous concern to me that cancer assessments have dropped so significantly in the last few months. There have been many reasons for this – patients have been understandably concerned about being referred to hospital because of the risk of COVID-19, it has been harder to get a face to face appointment with the GP and GPs have found it harder to get patients seen urgently.

“But earlier diagnosis of prostate cancer greatly improves your long-term outcomes, which is why I’m supporting Prostate Cancer UK’s campaign to encourage men to have these vital conversations with their GP. If you’re over 50, black or have prostate cancer in your close family, you’re at higher risk of prostate cancer so it’s even more important to speak to your GP about your risk.”

To help men find out whether they are at increased risk of developing the disease, Prostate Cancer UK has launched anonline risk checker, available at prostatecanceruk.org/riskcheck

Up to 740,000 potential cancer patients could have been missed during the pandemic

Over two million people may have Long Covid says study