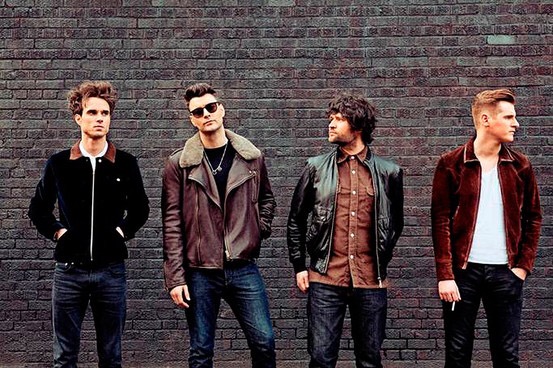 The Courteeners will be performing live at the Emirates Old Trafford venue on Saturday 27th May 2017 and they will be supported by The Charlatans, Blossoms and Cabbage at the home of Lancashire County Cricket Club next year.

The Manchester quartet, led by frontman Liam Fray, are releasing a fifth album named Mapping the Rendezvous, on Friday 28th October, ahead of their biggest headline show to date at Emirates Old Trafford in 2017.

“It firmly underlines our reputation as a world class, multipurpose sporting and entertainment venue, particularly following the successes of concerts here including the Foo Fighters, Rihanna and Beyoncé in the last two years.”

Gidney added, “Work has already commenced on our new 150-bed Hilton Garden Inn hotel which will be ready ahead of next year’s Fourth Investec Test Match between England and South Africa, starting on Friday 4th August.

Tickets cost £45 and will go on sale from Friday 21st October at 9am from ticketmaster.co.uk and gigsandtours.com.

Dirty money-Superbugs found on the notes and coins we handle