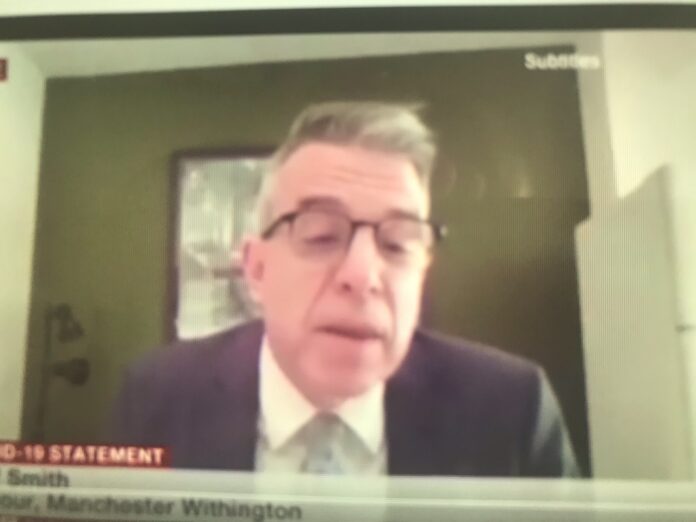 A constituent of Withington MP Jeff Smith has fallen through the gaps in the self employed support scheme and is living on £8 a week.

Smith told the Prime Minister during today’s House of Commons debate that Ross gets £598 in universal credit while his rent, council tax and bills comes to £590 so he is living on £8 a month

It was one of many questions directed at Boris Johnson over the estimated 3 million self employed people who are not getting any help from the Government and as he did on the other occasions, the Prime Minister batted away the answer