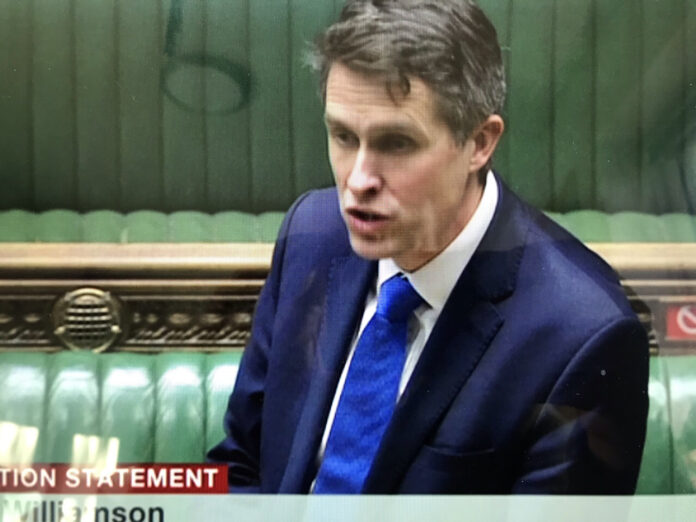 The education Secretary Gavin Williamson has announced that GCSEs, A Levels and AS Level exams will not go ahead this summer.

He also confirmed in a statement to the House of Commons that unlike last summer he will be putting his  trust in teachers, not algorithms to decide the grades and intends to use a form of teacher-assessed grades, with training and support provided to ensure these are awarded fairly and consistently across the country.

Williamson said that schools are now under a legal duty to provide remote learning and that pupils should receive between three and five hours per day.

Opposition education spokesman Greater Manchester MP Kate Greensaid that “confusion and chaos” follow the education secretary and criticised him for not cancelling BTec exams this month.