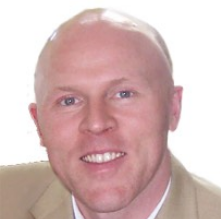 “There’s a semi-secret political group in Manchester whose meetings can not be made public for fear of reprisal. You are unlikely to find a poster in support of them in any window across the city and they struggle to find candidates who campaign or distribute any leaflets. They have pitiful means to fund their activities in a city of over 550,000 people.”

“Having the vision and doggedness to produce policies that re-engage with the inhabitants of places like Manchester, Liverpool, Sheffield, Leicester, Tyneside and Newcastle has seemingly not been in the mindset of anyone in the Conservative Party. That needs to change urgently.”

“In Manchester”, he adds, “the populace are constantly told, over and over, that the source of all problems are “Tory cuts”. It is a matter of almost existential, religious belief.”

But Flanagan believes that there is a future starting by setting up a permament office in Manchester and sending some of their best people to find out what exactly is going on.

Added to this he adds “Imagine if people in the North began to think of the Conservatives not as the “Nasty Party” only concerned with their own interests and support base in the south, but rather as the visionaries who lifted them, once and for all, out of relative poverty and offered unprecedented opportunities, rediscovering the entrepeneurial drive and world-beating heritage of these post-industrial cities.”

Manchester scientists lead the way in next generation radiotherapy research

Britain is facing a U shaped crisis in Living Standards