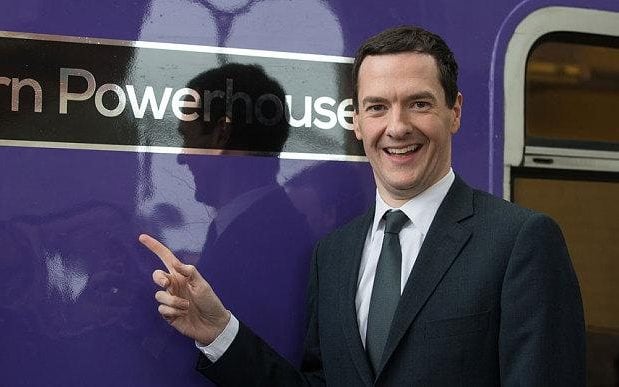 Theresa May’s Government made a systematic attempt to bury the concept of the Northern Powerhouse according to the former Chancellor George Osborne.

In an article in this morning’s Financial Times, Osborne writes that the Prime Minister should commit to creating fast train links , the HS3 scheme, between Northern Cities including Manchester and Leeds at the Tory Party conference in Manchester next month.

The former Chancellor and now editor of the London Evening Standard, writes that balancing the geographic economy from South to North was essential and that his championing of the Northern Powerhouse scheme during his time in power was intended as a legacy which would continue we’ll beyond his career.

He told the FT in a commissioned column that “this new railway would transform the northern economy”. adding that
“It would bring seven million extra people – and three times the number of businesses – within a 90-minute journey time of one of the northern cities.”

He said the estimated cost of the Pennines line has been put as high as £7bn, but the investment could be spread over many years and the transport budget was built to take in such large projects.

“There is no geographical reason why this cannot happen,” he said.

Trader given community service and ordered to pay £3,700 costs after fake make-up seized...