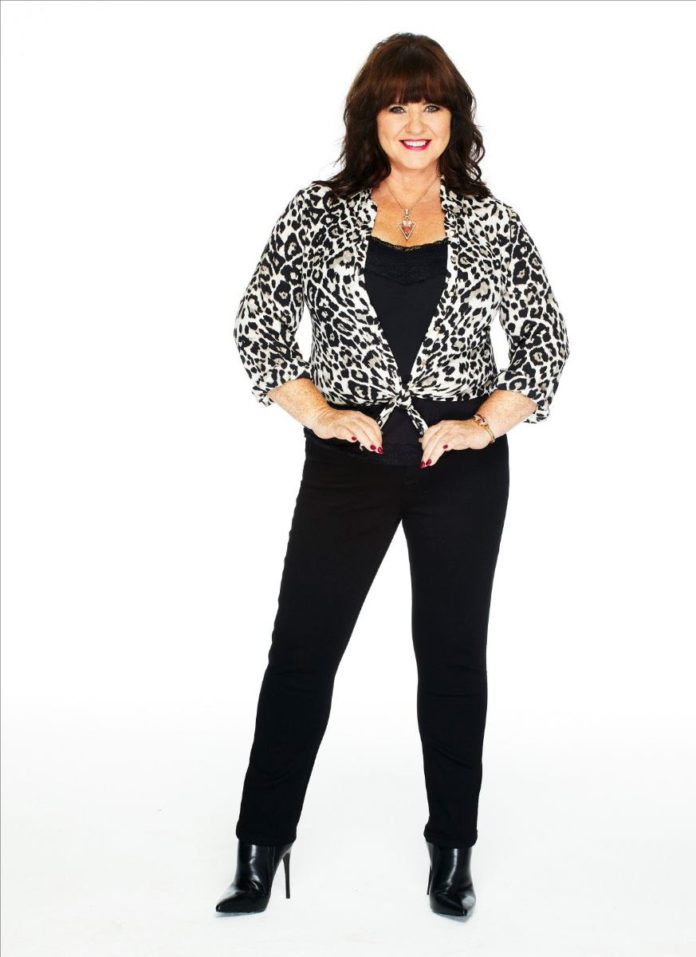 Coleen Nolan is announced as the third star to be cast in the all-female world premiere preview of The Thunder Girls. Coleen will star alongside Coronation Street’s Beverley Callard and West End’s All About Jamie star, Mina Anwar.

‘The Thunder Girls’ is a true celebration of women. All four of The Thunder Girls actresses are over 50, one of the most under-represented demographics in the UK entertainment industry. The show has a female writer, female producer and female director and all from working class roots – another area which is under represented in mainstream media.

The debut play by Melanie Blake is an adaptation from her first novel of the same name which will be released by Pan Macmillan this summer. The week long premiere preview will run at The Lowry, Salford on Tue 24 – Sat 28 September.

Coleen Nolan takes on the role of Anita, a former pop star who has been in hiding for over thirty years since an international tabloid scandal left her humiliated and tired of the fame game. Anita’s grudges over the injustice of her downfall have been left to fester for decades and she has a major axe to grind. When she returns for the reunion dinner showdown from hell, her former band mates will find she is a very different woman from the girl they knew 30 years ago. If Anita finds out anyone is trying to rip her off or mislead her again, there will be hell to pay.

Coleen Nolan said: “I’ve been lucky enough to have been offered several West End shows as well as tours over my career, but never felt ready to take on my first official acting role until I read The Thunder Girls. To be cast in the first line-up of The Thunder Girls with such amazing actresses is a dream come true.

“I’ve lived and breathed the ups and downs of girl band life and I knew as soon as I read the script that this is the real deal. The audience will love this show! It’s like the ultimate sneak peak behind the velvet curtain of showbiz and what really can go on behind closed doors – to say it’s explosive would be an understatement! The Thunder Girls is a bit like the Christmas day episode of a soap when you wait all year for someone to get their comeuppance! It starts off at a hundred miles an hour and doesn’t stop until the curtain comes down.

“I’ve always had terrible stage fright and never had the confidence to star in a play before but I feel I can do ‘Anita’ justice because I can draw on my past to play her. I’m also incredibly inspired by the fact that this play has created roles for women who are fabulous over 50. I am nervous, but Anita was just too delicious to turn down – I can’t wait to play her!”

‘The Thunder Girls’ follows an ‘80s girl group reuniting 30 years after greed, envy and egos tore their friendship and the band apart. The play focuses on what goes on during the night from hell when lead singer Chrissie tries to reunite the band she dumped. Chrissie is desperate to salvage herself from bankruptcy after being conned out of her fortune by her toy boy husband. But is there a fee which can heal the wounds? Or maybe some friendships never die, even if you want them to?

They say write about what you know, and as one of the UK’s most powerful music managers, Melanie has lived and breathed The Thunder Girls. Melanie came from nothing but was inspired by Jackie Collins’ books and ‘80s television to believe that she could become whoever she wanted to be. She started her career at Top of the Pops working with the biggest names in showbiz from Destiny’s Child to The Spice Girls and went on to become a music manager to some of the biggest names in pop.

Manchester produced artist’s work is heading to South by Southwest

Cracking the secrets of the World’s smallest monkey