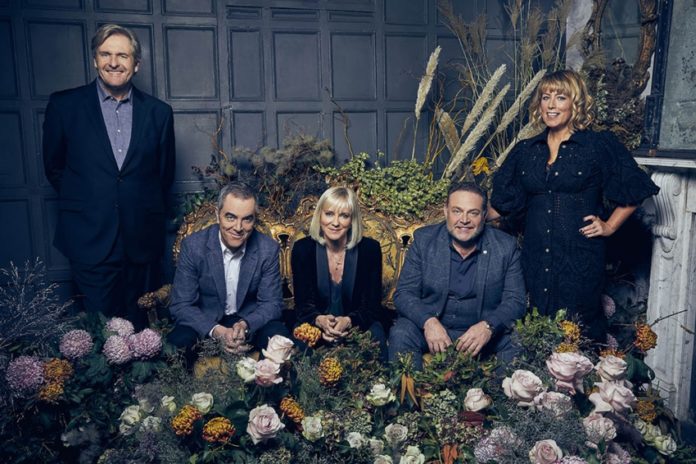 Cold Feet concluded its ninth series last night with Adam , Karen , Jenny , Pete and David all set to embark on adventures new; Adam and Karen’s relationship is thrown into jeopardy by an offer that’s hard to refuse. Meanwhile, some unexpected romantic vibes leave David with a spring in his stride. And, whilst drafting up their bucket list, the Giffords receive some news that puts a whole new perspective on life. Series nine ends with new beginnings, as new challenges test the oldest of friendships. Second chances, health and heartbreak. If ever we needed evidence that life can throw anything your way Cold Feet is it…

The series first launched in 1997 and successfully aired on ITV for five series. It returned in 2016 for a further four, critically acclaimed series. Tonight’s episode will be the last episode in the current run as the the award-winning drama is taking a break from our TV screens. Creator Mike Bullen, the cast, producers and ITV all felt the time was right to rest the drama before embarking on a tenth series, allowing time to pass before exploring the characters and their stories at a later stage.

“We feel we’ve explored to our satisfaction the issues confronting the characters at this stage of their lives and we want to give them all a little time to move on, to put clear water between the stories we’ve told thus far and the issues they’ll be exploring when they are empty nesters staring down the barrel of grandparenthood. We’re looking forward to returning at a later date to document the agony and the ecstasy of the third age…”

“The Cold Feet team have proved that life never stops being funny, challenging and bitter sweet. So, although the show will take a well earned break, we all look forward, when the time is right, to returning to warm the nation’s hearts once again.”

“We’re so proud to have brought Cold Feet back for four amazing series and are now taking a well earned holiday and saying au-revoir and definitely not farewell to a much loved series that has defined generations of ITV viewers.”