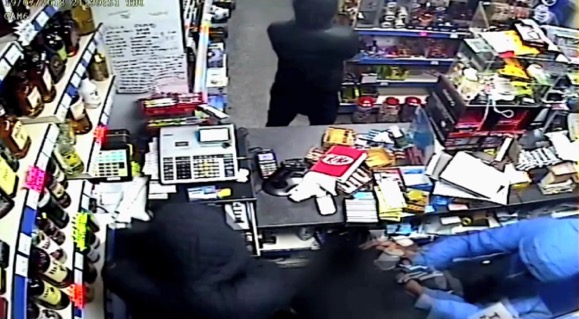 The Manchester based Co-op today has called for stronger protection for shop workers in the face of rising attacks.

Figures reported by The British Retail Consortium show that every day, including weekends, 115 people are attacked, with many more threatened, across the industry.

Co-op Food’s CEO, Jo Whitfield, calls on the Government to create a new offence, which would carry higher penalties for attacks where the shop worker is enforcing the law on age-restricted sales, such as cigarettes or alcohol, a review of existing sentences handed down to attackers, new guidelines on sentencing for such offences and a major boost to police resources to help protect communities and their shop workers.

Jo Whitfield, Co-op Food CEO, said: “More needs to be done and the issue needs to be about the human cost, the physical and emotional impact to shop workers and their families, not the cost to business.

“What frustrates me most is that this is talked about as a crime against a business, but it’s not. We can replace stock, but it is not as easy to repair the physical and emotional well-being of a colleague, whose confidence is shaken and who feels afraid to come in to work because of rising levels of violence and abuse in our communities. “We must take action and work together to re-think our approach to this issue in order to ensure people feel safe when they turn up for work.”

Paddy Lillis, Usdaw General Secretary, said: “Violence, threats and abuse against workers are amongst the great scourges of our society. The statistics are shocking and show that urgent action is required. Usdaw’s own survey revealed that on average a UK shopworker can end up on the wrong side of a verbal or physical assault nearly once a fortnight. Our message is clear, abuse is not a part of the job.

“Life on the frontline of retail can be pretty tough for many shopworkers and there is still a lot to do to help protect them. We launched our Freedom From Fear Campaign in the face of growing concerns amongst retail staff about violence, threats and abuse. As part of the campaign we work closely with the Co-op to promote respect and we welcome their investment in staff safety. Retail staff have a crucial role in our communities and that role must be valued and respected, they deserve the protection of the law.”