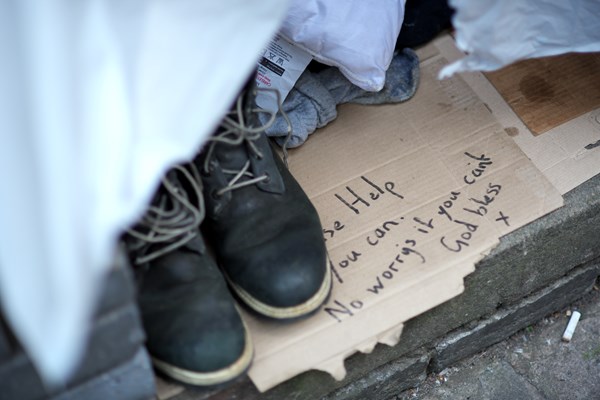 Greater Manchester’s groundbreaking A Bed Every Night scheme, which is providing accommodation every single night for people sleeping rough in the city-region, has received a significant boost as funding for the next 12 months has been agreed by health and social care leaders.

A Bed Every Night has already assisted around 1,650 people into emergency accommodation since its launch in November 2018, and is the most ambitious approach of its kind anywhere in the country.

Now, in a demonstration of the power of devolution and the potential of joined-up public sector working, the NHS has agreed £1.5m of funding to support A Bed Every Night for the next year.

A decision yesterday by the city-region’s unique new Joint Commissioning Board (JCB), comprising elected members, clinicians and accountable officers from each of our 10 boroughs, saw £1m dedicated to the scheme to bolster the £500,000 committed earlier in the year.

In addition, the Health and Social Care Partnership will consider a further £500,000 contribution in the coming days.

Other agencies including the police and Ministry of Justice (MoJ) have also committed to financially support the rough sleeping approach; Her Majesty’s Prison and Probation Service (HMPPS) plans to invest in A Bed Every Night to reduce the risks to ex-offenders of rough sleeping and the associated risks to local communities across the city-region.

The Mayor said: “People who are forced to sleep on the streets will suffer serious damage to their physical and mental health. The time has come for the homelessness crisis to be declared a public health emergency that requires decisive action.

“I am deeply grateful to the NHS here in Greater Manchester for stepping forward to back our drive to end the need for rough sleeping by taking our response to a new level. It is in keeping with the NHS founding mission of helping those in greatest need and recognising that without good housing you cannot have good health. It also signifies part of the wider approach being taken in our city-region to move from a treatment model of care to one focused on prevention.

“Crucially, the investment will enable us to improve A Bed Every Night provision so that it better meets the needs of those who access it. This will include improving the quality of accommodation, offering training to front line staff and volunteers and improving signposting, screening and assessment into relevant health services.

“This is devolution in action – public services here in Greater Manchester working collaboratively, identifying what needs to be done and collectively raising the quality of what we are able to offer to those who require our support.”

Dr Ruth Bromley, a GP and clinical lead for homelessness in Manchester and a member of JCB, said: “Sleeping rough is quite clearly immensely damaging to a person’s health and risks making existing mental health difficulties or physical problems much worse.

“Too often our hospitals see the impact when people forced to sleep on the streets turn up at A&E at a point where their health has become very poor, or they have had some sort of crisis.

“But it is very difficult for people to get that help if they are on the streets, which is why this investment makes sense.

“This is the right thing to do morally, professionally and financially. We are here to provide health services for everyone, but in particular those with the greatest need. Paying greater attention to prevention will ultimately be the key to reducing both the level of homelessness and the cost to the public purse.”

One man dead and another in critical condition after car hits a tree in...