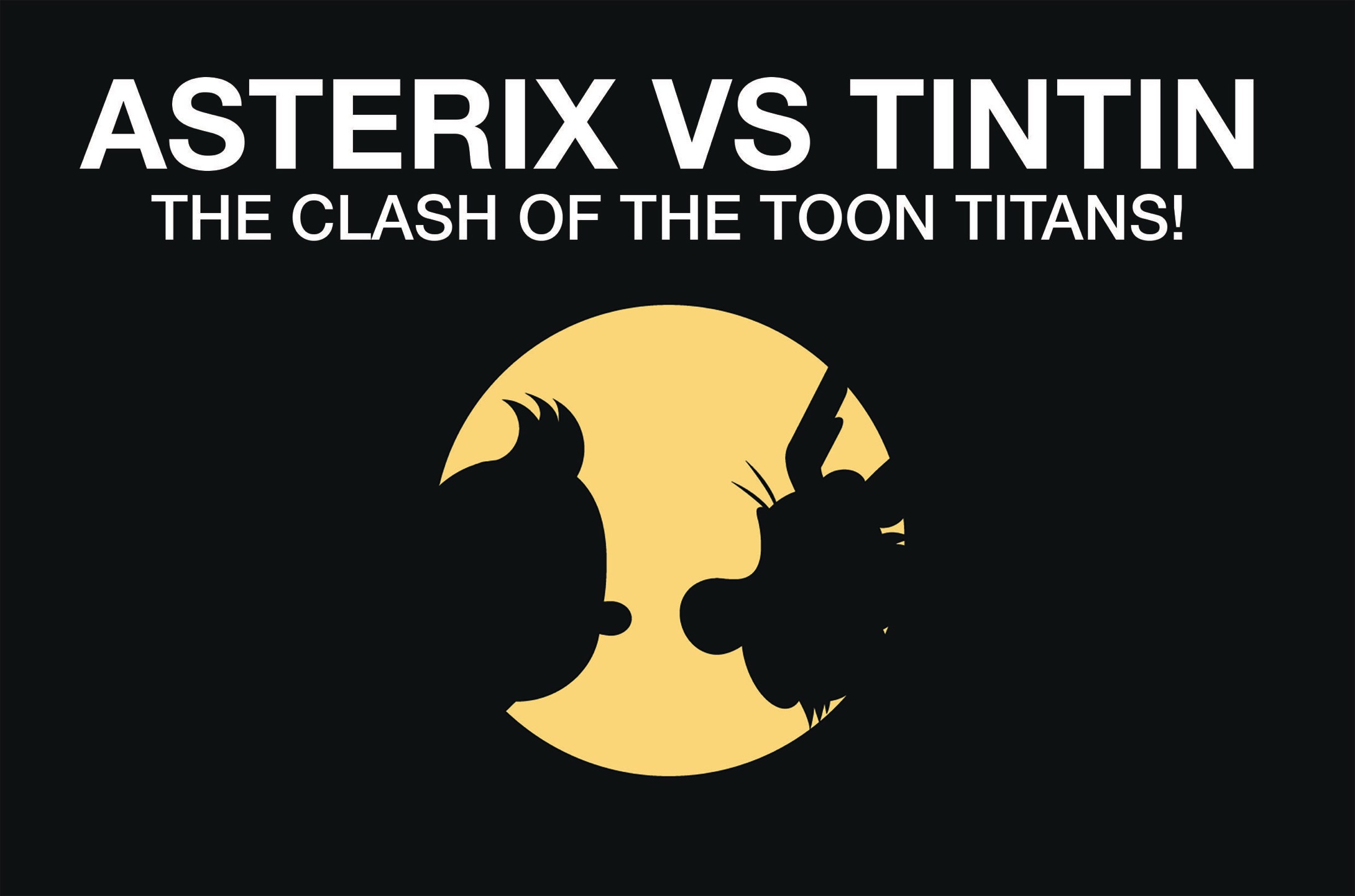 It’s Asterix versus Tintin in a Clash of the Titans for the Lakes International Comic Art Festival’s Opening Night!
The Festival team have joined forces with Lancaster University to stage an intriguing opening night (Friday, October 14) with a battle of comic superstars that is sure to evoke emotions and divide the nation.

In the second half of the twentieth century, Francophone comics’ culture was dominated by two characters: a cub reporter from Belgium with an unlikely quiff, and a pint-sized ancient Gaul with an improbable moustache.

Between them they spawned 60 books, 24 movies, dozens of scholarly works, at least one theme park and an entire art style, ligne claire. Their creators have been deified with honours such as the Legion d’Honneur and demonised by being banned from libraries over the years. But the weird thing is, few people like both of them. You’re either an Asterix or a Tintin fan. You cannot sit on the fence. You have to choose. This is the biggie.

And this debate will be settled for good at the opening event of Lakes International Comic Art Festival (LICAF) 2016 in Kendal.Two top teams will be brought together to slug it out on stage to establish which character most deserves that cherished place.

Holding out gallantly against the oppressors is Peter Kessler, BAFTA award-winning producer and author of ‘The Complete Guide to Asterix’.

On screen will be a host of comics artists, authors and readers with comic creator Hannah Berry acting as referee.

To top it all special festival guests, all the way from Los Angeles, Luke and Steve McGarry, will bring their fast-draw cartooning talents to the table illustrating the entire event as it happens.

This opening event is courtesy of Lancaster University to inaugurate and celebrate the appointment of Benoît Peeters as their first Professor of Comic Art, the first such appointment in the UK.

“On one level this is all for fun, and it doesn’t really matter who is the ‘greatest’ (whatever that means),” says Peter Kessler, “But on a personal level I do feel that over the years there has been a kind of assumption amongst the cognoscenti that Tintin is ‘great art’, while Asterix is ‘just for kids’. Certainly there have been more ‘grown-up’ books on Tintin than Asterix.

“I really don’t think that is a justifiable state of affairs and in the interest of rebalancing public opinion, I’m sure each ‘side’ will really go out there and try to win the debate.”

“I am very proud to be part of the Lakes International Comic Art Festival for a second time,” says Benoît Peeters. “I like the ambition and the diversity of this project, which creates a lot of connections between comics, graphic novels, manga and bandes dessinées.

“I appreciate the high quality of the team and the beauty of the region, and I’m sure that the Lakes International Comic Art Festival will become one of the most important Comics manifestations in Europe.”

Professor Simon Guy, the Dean of the Faculty of Arts and Social Sciences at Lancaster University, said: “We are delighted to be supporting the Lakes international Comic Art Festival and look forward to formally announcing and celebrating the appointment of Benoît Peeters to a Professorship in Graphic Fiction and Comic Art. His appointment is bringing new ideas and insights to our English and creative writing courses and more widely across the Faculty of Arts and Social Sciences.”

The Opening Night will also include the announcement of the new Comics Laureate, taking on the role from artist Dave Gibbons, who will also be at the event.

• Tickets from The Brewery, Kendal – www.breweryarts.co.uk