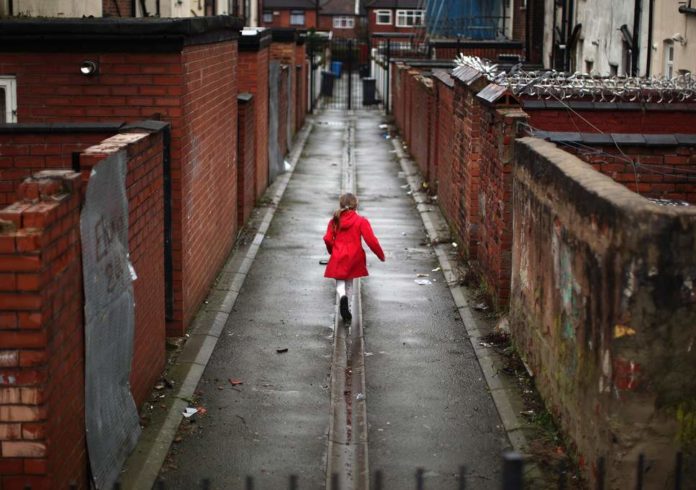 UK households are facing the prospect of stagnating living standards, while the proportion of children living in poverty risks hitting a record high by the end of the parliament, according to a new report published today by the Resolution Foundation.

The Living Standards Outlook 2019, which brings together recent data, the OBR’s economic projections and the impact of current government policy, warns that – following close to zero growth over the last two years – typical working-age household incomes are not forecast to rise materially over the next two years either.

The Outlook says that this bleak forecast for living standards is driven largely by weak nominal pay growth which, while strengthening to over 3 per cent in late 2018, is projected to remain well short of its pre-crisis trend of 4 per cent over the next five years.

The living standards outlook for low-income families is particularly poor. For low-to-middle income working households, real disposable incomes in 2023-24 are on course to be no higher than they were 20 years earlier in 2003-04.

While weak productivity and earnings growth are holding back living standards for most households, government policy is driving the particularly weak outlook for lower-income groups. The Foundation notes that the final year of the benefit freeze – which will reduce working age household incomes by £1.5bn – will start in April 2019, while the impact of the two-child limit on benefits will grow over the remainder of the parliament.

The findings also showthese ongoing welfare cuts are set to cause a sharp rise in relative child poverty, which has been increasing continuously since 2011. It projects that by the end of the parliament the proportion of children living in relative poverty (after housing costs) is on course to hit 37 per cent – exceeding the previous high of 34 per cent in the early 1990s.

The Foundation warns that by the end of the parliament the majority of children in single parent families or in larger families (with more than two children) could be living in relative poverty.

The Foundation notes however that the UK’s current economic outlook is highly uncertain, and its Outlook highlights a number of ways in which the UK could ‘beat the forecasts’ set out by the OBR.

It finds that strengthening nominal wage growth by 1 percentage point (bringing it into line with the pre-crisis average of 4 per cent) could treble the strength of income growth over the reminder of the parliament (from 1.9 per cent to 6.1 per cent).

The Outlook also finds that were the UK to repeat the employment success of the last two years for the next two – bringing an extra 900,000 people into work – typical income growth over the next five years would increase to 2.6 per cent.

The Foundation adds that while strengthening pay and employment is not directly within the government’s short-term control, action to prevent child poverty hitting a record high is well within their policy reach and should be a priority for politicians of all parties.

“UK households have already taken a £1,500 a year hit to their incomes, compared to pre-referendum expectations. There’s now a huge risk that their incomes stagnate over the next few years, as the economy’s pay performance struggles to get out of first gear.

“The outlook for low and middle income families is particularly tough, with ongoing benefit cuts set to drive down income levels and drive up child poverty.

“The UK’s current economic outlook is highly uncertain, and will hopefully surprise on the upside. But whatever direction the economy takes, the government must reassess the continuation of working-age welfare cuts. Otherwise, its non-Brexit record risks being stained by a return to record levels of child poverty.”

Has the NHS reached its breaking point?