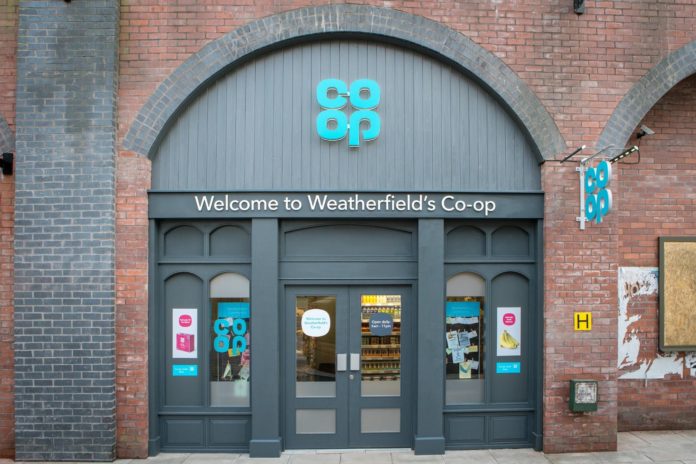 Tackling single-use plastic is “Streets” ahead in Weatherfield as the Co-oprolls-out its compostable carrier bag on to the nation’s favourite Cobbles.

This week, Co-op’s environmentally friendly alternative to single-use plastic bags will be seen in Coronation Street for the first time.

As part of its aim to ditch single use plastic, the Co-op has rolled out compostable carriers to over 1,000 of its food stores – including those across Greater Manchester. The move is estimated to replace around 60M single-use plastic bags UK-wide.

Co-op is the UK’s first retailer to introduce compostable carriers and make them widely available in areas where the Local Authority accepts them as part of household food waste recycling collections. The not for profit bags – priced at 5p – have a secondary use as a caddy liner. The food waste and bag can then be turned into peat free compost. The bags are also suitable for home composting.

Yule be shocked! Over 3,000 tonnes of aluminium will end up in landfill this...