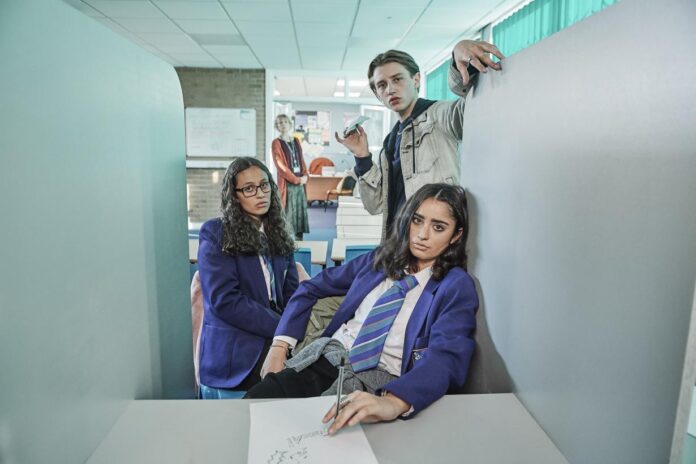 Channel 4 has today released two images from the new series of its award-winning school drama Ackley Bridge, which will be back in the classroom this April in a brand new format, with 10 thirty minute episodes stripped across two weeks in an earlier teatime slot.

The images from the critically acclaimed series produced by The Forge show best mates Kayla  and Fizza , who will be new to viewers but are existing pupils at Ackley Bridge, as well as Johnny, a cocky, good looking new student and heartthrob.

While Johnny catches the eye of both funny, big-hearted Kayla and her fiery, outspoken best friend Fizza, he remains deeply suspicious of his new school. 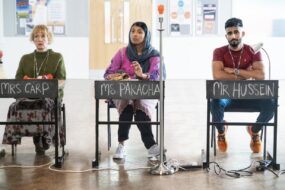 Visit the private home of the Earl & Countess of Derby