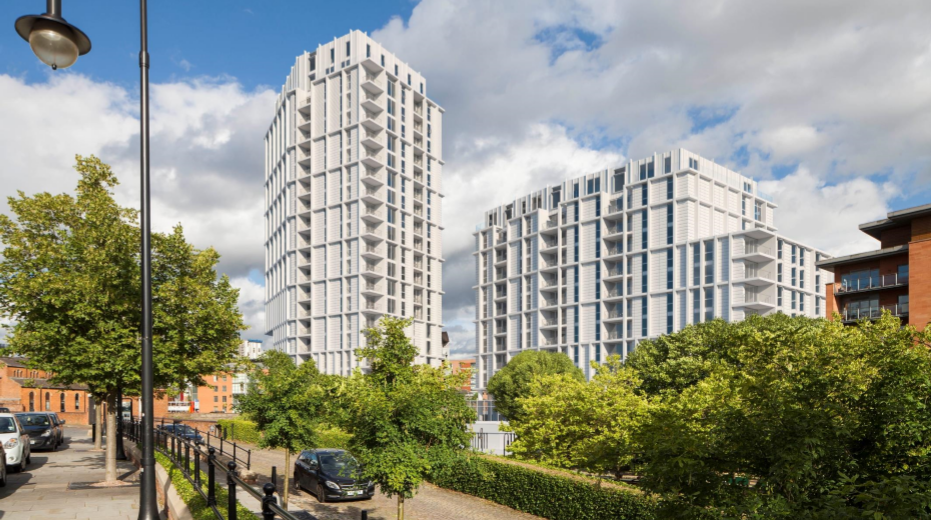 Local residents in Castlefield believe that plans by Property developer, Renaker to build two towers on Chester Rd will be a blot of Manchester’s cityscape and ruin the views around the Castlefield Basin in Manchester City Centre for ever.

The decision to give approval to the scheme which will see two towers, one of 21 storeys and the other of 12 stories is going to be made this Thursday 9 February at the Council’s Planning Committee meeting.

The Castlefield Forum and Castlefield Estates that own Dukes 92 are desperately trying to get the Council to reconsider the scheme that, if it goes ahead, will disrupt what is considered to be one of the most important heritage areas in Manchester. 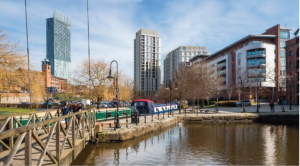 With the help of a couple of Quantity Surveyors (who have independently done a back of an envelope calculation that came to around the same figure) they estimate (using figures from the planning application) that Renaker are set to make £30m on the scheme.

Sarah Ramsbottom, Managing Director of Castlefield Estates said: “We positively want this site to be developed but we believe a lower rise scheme would still turn a healthy profit and sit far better with the neighbouring buildings in the Castlefield Basin. Castlefield is the jewel in Manchester’s crown and we appeal to the Council to protect the heritage of the city so irreparable mistakes aren’t made that they might live to regret.” 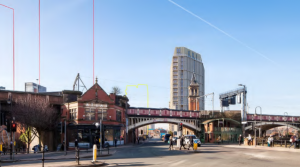 Carol Middleton, Chair of Castlefield Forum said: “We have tremendous support from local residents with 137 Forum supporters signing our objection letter and more than 500 people signing our petition. If this scheme goes ahead it will disfigure what is arguably Manchester’s most important heritage asset. The character of Castlefield will change forever. We believe these two towers will be a permanent blot on the City’s landscape and this is not a legacy we want to leave for future generations.”

Walk the Plank to work with Salford-Based artist Simon Buckley to capture evolution...