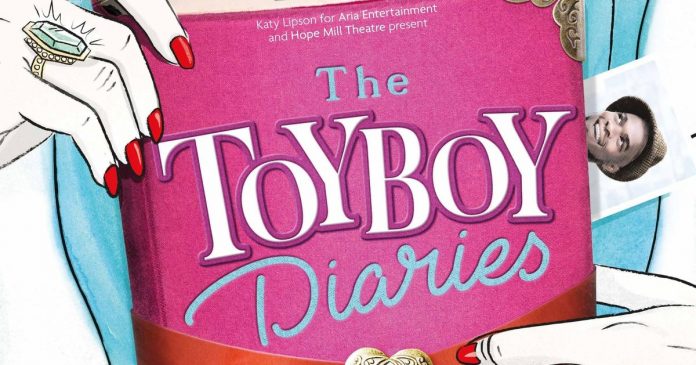 The cast and creative team has been announced for the World Premiere of The ToyBoy Diaries, the new British musical that is to be the first production staged in 2018 at the critically-acclaimed Hope Mill Theatre in Manchester.

The production, adapted from the best-selling memoirs by Wendy Salisbury, runs from Thursday 18 January to Saturday 10 February 2018 and is the first of five in-house musicals next year from the successful collaboration between Joseph Houston and William Whelton, co-founders of Hope Mill Theatre and producer Katy Lipson, of Aria Entertainment.

When twice-divorced Lily inadvertently finds herself under a much younger man, it opens the door to a wild new world of inappropriate relationships. From Tom the Tender to Sam the Submissive, via Paul the Policeman, Hat Trick Patrick and Matt the Monstrous (with Old Willy and Philandering Phil mixed in along the way) Lily finally finds Ben the Bountiful.

The ToyBoy Diaries has a book by Simon Warne, music and lyrics by Andy Collyer and is based on the best-selling memoirs of Wendy Salisbury. Directed by Tania Azevedo.

The cast has now been announced for The Toyboy Diaries. The lead role of Lily will be played by Johanne Murdock.  Recent stage roles include Brutus in Julius Caesar and Lady Macbeth in Macbeth (Guildford Shakespeare Company), Anne Hathaway in The Other Shakespeare (Pitchfork Productions). Film and television credits include Chameleon and Holby City.

The ToyBoy Diaries has music and lyrics by Andy Collyer and a book by his regular collaborator Simon Warne.

The ToyBoy Diaries runs from Thursday 18 January to Saturday 10 February 2018 and is on sale now.

Cabinet of Curiosities: how disability was kept in a box

Steampunk this Saturday in Oldham