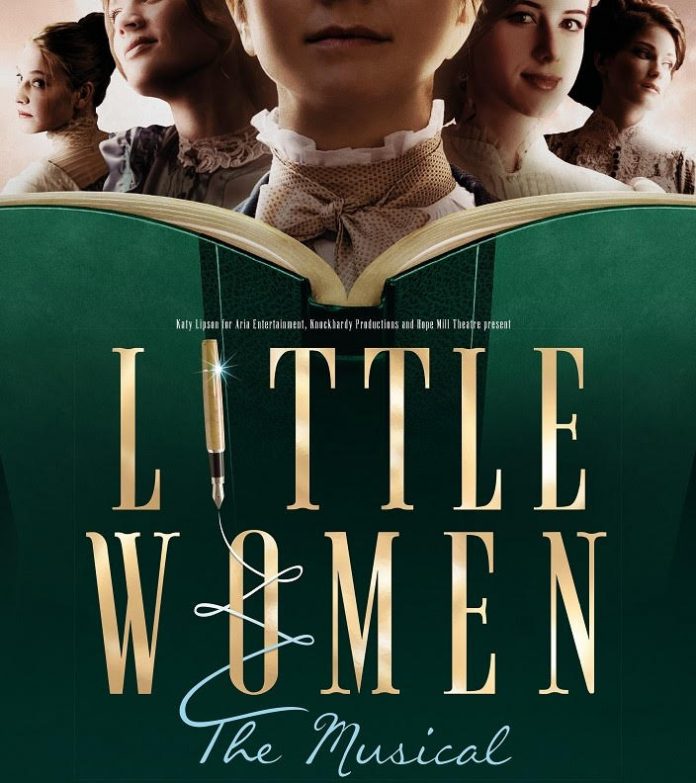 The cast has been revealed for the European premiere of Little Women The Musical when it comes to Manchester this Autumn.

Little Women will be staged at Hope Mill Theatre in Ancoats for four weeks, opening on Thursday 9 November and running to Saturday 9 December. Tickets are on sale now.

This will be the first time that Broadway musical Little Women can be seen in Europe – another first for the continuing successful collaboration team of Katy Lipson of Aria Entertainment and Joseph Houston and William Whelton of Hope Mill Theatre.

The Manchester production is co-produced by Matthew Hopton from Knockhardy Productions, directed by Bronagh Lagan, choreographed by Iona Holland, design from Nik Corrall and lighting design by Ben M Rogers.

Based on Louisa May Alcott’s captivating and critically acclaimed 150-year-old book, and with a stunning score by Grammy Award winner Jason Howland, Little Women follows the adventures of the four March sisters – Jo, Meg, Beth and Amy.

Jo, the eldest daughter and an aspiring writer, receives yet another rejection from a publisher. When her friend Professor Bhaer tells Jo she can do better by making her stories more personal, she weaves the story of how she and her sisters grew up in Civil War America – a tale of self-discovery, heartache, hope and everlasting love.

The cast has now been announced for Little Women. The sisters will be played by Amie Giselle-Ward as Jo, Jemima Watling as Meg, Cathy Read as Beth ; and Katie Marie-Carter as Amy while Prof Bhaer will be played by Johan Munir

Aria Entertainment is a theatrical production company headed by Manchester-born Katy Lipson, who has a wealth of experience in producing new and established works in the West End, Off West End, Edinburgh Festival and UK tours. Katy is also the resident producer at Hope Mill Theatre having co-produced Parade, Hair, Yank and Pippin.

Co-producers Knockhardy Productions was formed in 2008 by Matthew Hopton and acts as an independent production company that focuses on the performing arts, particularly musical theatre.

Hope Mill Theatre opened in December 2015, and is located in the Grade II Listed Hope Mill in Ancoats. The theatre is the brainchild of Joseph Houston and William Whelton who, after a career in theatre and living in London, were inspired by the highly regarded Off West End Theatres and wanted to replicate them by forming a creative hub in Manchester. The theatre has won a string of awards since opening and continues to be both an in house producing and receiving venue. The five-storey mill is also home to writers, artists and designers.

“We were overwhelmed with the level of talent and quality of the actors at the auditions for Little Women. We are thrilled to announce our 10-strong cast, who are excited at the prospect of bringing Little Women to the Hope Mill Theatre stage – a premiere not only for Manchester but also for Europe. The team cannot wait to start rehearsals and bring the show to life.”