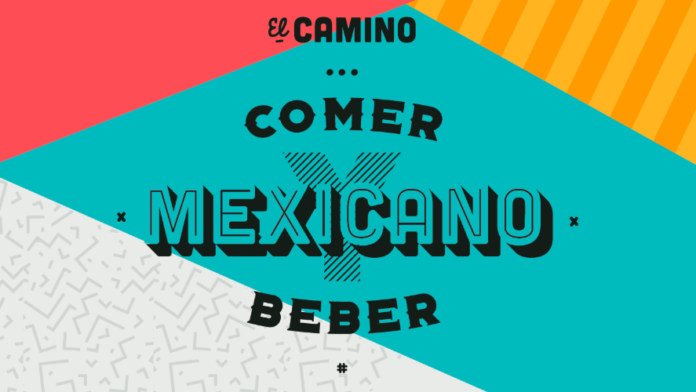 El Camino has today announced that their pop up in Urmston will be open for one final weekend due to huge demand during their month long residency.

The restaurant opened its doors on 1st February for one month only, and the new concept took over the popular beer and burger joint Get Chucked, to bring Mexican vibes to Urmston.

The menu from El Camino has so far proved popular with both locals and those in the surrounding areas, and has included a select offering of the finest Mexican food with a menu based around fresh seasonal produce. The restaurant has so far found great success with their variety of tacos, burritos, big & small plates, served with a beer and cocktail menu to match.

The most popular dishes on the menu so far have included the Baja Fish Tacos with shredded cabbage, red onion & avo hot sauce; Short Rib Quesadillas with chillies, loads of cheese (obvs) and red onion; and the Hangar Steak served with charred greens and salsa verde. The homemade sauces such as the Habanero Aioli created by the team at El Camino have also proved popular, with fresh guac prepped to order.

As well as food, El Camino will offer late night drinks for one final weekend this Friday and Saturday, with Frozen Margaritas, a great range of beers, tequila and mezcal through until 1am. With the demand for their offering growing every weekend, advance bookings are definitely advised for those hoping for one last chance to grab a Mexican feast before their residency comes to a close.

El Camino which was originally set to open in Urmston last year, hosted a sold out Mexican supper club in December with a limited number of tickets, before opting to trial a one month residency in Get Chucked.

Juan Hijo-Petirrojo of El Camino said ‘We are really pleased with the demand for Mexican in the suburbs and it has been great to see so many new faces to come in to taste the food during our residency so far, We’ve also had quite a few guests who have returned two or three times so we are obviously doing something right!

We are really excited about the dining scene in Urmston at the moment but it is clear there is still the demand for new and exciting food experiences here in the suburbs. We had originally planned to open in the town centre last year but couldn’t agree final terms on the lease, but this pop-up has shown we need to find somewhere permanent and quickly, we are frantically looking for a permanent home for El Camino, and we are also looking into Crowdfunding to get there.

We know the guys at Get Chucked from the street food scene and they were happy to lend us their new space, and staff, so we can properly showcase our ideas. Luckily they let us keep it for one final weekend so anyone who wants one last visit still has chance to try our taco-ver’

There has recently been a big food & drink resurgence in Urmston, with the regeneration of Urmston Market, and new local independents opening all the time, such as Kin Bakehouse, burger joint Get Chucked, and The Assembly Beerhouse which stocks speciality beers from local and international breweries. Market 41 is also set to open in the South Manchester suburb soon, and is expected to focus on independents and small restaurants as well as artisanal offerings.

El Camino will takeover the Get Chucked site on Flixton Road for one final weekend, with their residency ending on Sunday 3rd March. Advance bookings are advised.

Italian Festival is heading to Manchester