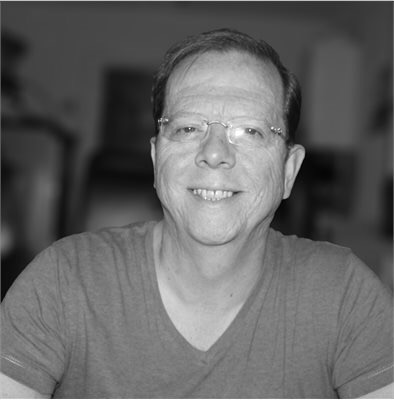 After three decades working nine-to-five in an office, a daring decision to change career has now paid off as Tony Tony Foster has been awarded this year’s Octagon Prize for his radio play.

Tony Foster graduated from Bolton  University’s Creative Writing and English degree with first class honours in 2014 and his play, Empty Nest, is a touching and funny radio drama which uses the world of online gaming to explore the dynamics of family and friendship.

The award is presented annually for the best drama written by a student from the University of Bolton. The winner is chosen by a panel from the Octagon Theatre including Artistic Director, David Thacker and Associate Director Elizabeth Newman, as well as staff from the University.

Tony wins a rehearsed reading with a professional cast directed by David Thacker, £100, and a copy of the Complete Works of Shakespeare.

‘I was delighted to learn I had won such a prestigious award as the Octagon prize,’ said Tony. ‘My playwriting skills were teased out from difficult beginnings by acclaimed and seasoned dramatists during my time at the University of Bolton, who were and continue to be an invaluable aid to my writing development.

‘I felt fortunate and privileged to have been immersed from relative isolation as a writer into such well-structured and creatively driven surroundings. It has ultimately expanded my horizons as a writer with that important balance of nurture and critical guidance playing a key part. Special thanks go to Mary Cooper, Les Smith and Beth McCann.’

Tony was made redundant in 2009. After having worked in an office for about 30 years, he decided he wanted to do something different – and enrolled at the University of Bolton.

‘I was a novelist and had written several manuscripts over time but writing plays was taught so well at Bolton and I fell in love with the craft of it,’ said Tony. ‘Empty Nest was part of one of the last modules I did as a third-year student, which was to write a drama piece as a complete process from pitching ideas to a finished full-length play.’

For his next project Tony is returning to his first love of novel writing, with two books in the pipeline; one a children’s adventure and one semi-autobiographic.

The reading of Empty Nest will take place at the Bolton Octagon Studio on Thursday, March 12th at 7.30pm. Tickets, which include refreshments, are available for £3 from the University – M.Cooper@bolton.ac.uk – or £5 from the Octagon Box Office.

Manchester Historian-Mussolini was no buffoon