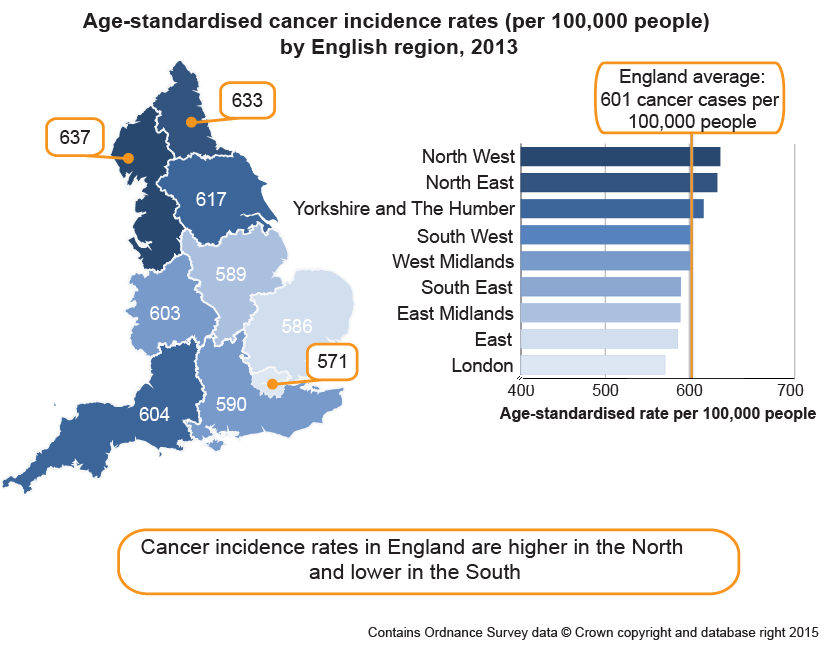 The incidences of cancer in England and Wales are higher in the North West of England than any other part of the country.

Figures released by the Office for National Statistics (ONS) show that the age-standardised cancer incidence rate was 11.5% higher in the North West compared to London.

The ONS though caution when interpreting regional variations that the differences might be due to a number of influencing factors rather than being a true difference in cancer incidence. One reason being the variation between regions in deprivation, where high levels of deprivation have been associated with higher levels of certain types of cancer.

The figures showed that in England there were 292,680 invasive malignant cancer diagnoses registered in 2013.

Breast, prostate, lung, and colorectal cancer accounted for over half of the malignant cancer registrations in England for all ages combined.

From the age of 50, prostate and breast are the most common cancers for males and females respectively.