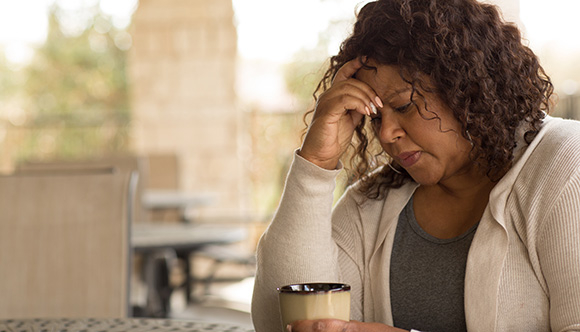 National bereavement charity Sue Ryder and a coalition of MPs, charities, businesses, faith leaders and healthcare professionals are calling on the Government to introduce a minimum of two weeks statutory paid bereavement leave for all UK employees grieving the loss of a close relative or partner.

Currently, in the UK there is no legal requirement for employers to grant bereavement leave, except for parents who have lost a child under 18 years old. It is otherwise entirely at the employer’s discretion.

Research conducted in October found that in the past 12 months, 7.9 million people in employment (24% of all employees (1)) experienced a bereavement.

Economic research conducted by Sue Ryder has found that grief experienced by employees who have lost a loved one costs the UK economy £23bn a year and costs HM Treasury nearly £8bn a year; through reduced tax revenues and increased use of NHS and social care resources.

Research  suggests that investing in adequate bereavement leave and support may result in initial short-term costs. However, this would lead to a significant saving for the UK economy and the Treasury in the long-term, through reduced staff absence, higher employee productivity and a lesser reliance on the health and benefits system post-bereavement.

Sue Ryder and the coalition, which includes senior MPs and representatives from Hospice UK, Cruse Bereavement Care, Siemens plc and the Royal College of Physicians, have written to the Secretary of State for Business, Energy and Industrial Strategy, Kwasi Kwarteng MP, urging for a change in policy to provide security for those who are grieving the loss of a relative or partner.

The grief that follows a bereavement can be debilitating. It is vital that employees are supported with appropriate time off at what is already an extremely difficult time.

“We were disappointed that in a recent House of Commons debate on the issue, a Government Minister stated that people who are grieving for their loved ones are already entitled to take up to 5.6 weeks of annual leave a year, which could be used if their employer does not permit bereavement leave.

“Bereavement is not a holiday. Moreover, it is often the lower paid and those in less secure employment who are unable to take time off to start processing their pain – they may not have the option of flexible working, cannot call in sick and unpaid leave is not a viable alternative.

“Coronavirus has already led to an increase in bereavement across the UK, devastating thousands of families. At this time of national crisis, introducing a more compassionate approach to bereavement leave is paramount.

“We are urging the Government to reconsider its stance and introduce two weeks statutory paid bereavement leave when a person is grieving the loss of a close relative or partner. Not only would this improve how, as a society, we approach an issue that will affect almost all of us, but it would also address the financial impact of unresolved grief.”

Human Appeal, Safestore and Local Communities Team Up to Wrap Up Greater Manchester