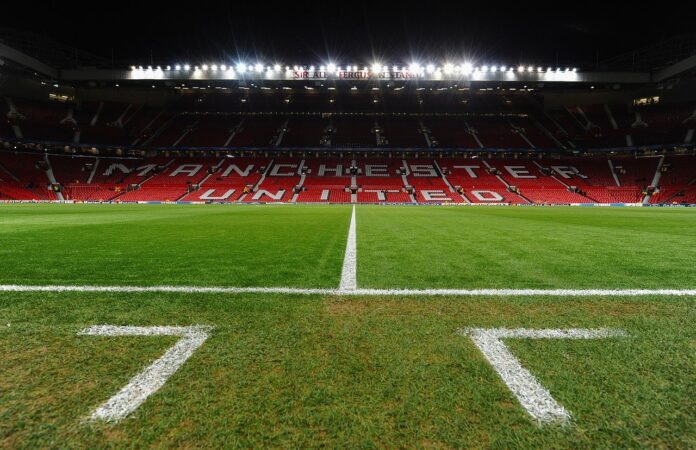 Unbelievably, it has been seven game weeks in the Premier League already, and we’re almost a fifth of the way into the season.  As a result, you could be forgiven for thinking that a picture may be starting to emerge of which teams are looking strong, and which ones are under-acheiving.

However, it is mouth wateringly tight at the top of the table. Just three points separating the top eight teams. There are only six points between the top team, Chelsea, and the eleventh placed team Arsenal.

Who would have predicted that Everton, Brentford and Brighton would be sitting above Tottenham, Arsenal and Leicester City at this point in the season? In fact, if you scoured all English Casino Sites in the land, you’d probably not find better odds than those of Brentford losing only one of their opening seven games of the season.

The battle of Manchester

If you support Manchester United, you probably won’t be focussing too much on what is happening in Brentford or Brighton. Instead, you’ll be desperate to get back above City, restoring the balance of power in Manchester.  So, will United be able to paint the city red again in 2021/22?

With the two teams tied on 14 points, having scored 14 goals each after seven games, it’s almost impossible to separate them.

Who knows, by the end of the season one of the teams could have pulled away from the other. But the likelihood is, it will come down to fine margins. We explore the factors that will likely determine which team will come out on top.

Manchester City failed to land a striker in the summer transfer window after their much reported pursuit of Tottenham and England forward Harry Kane. There were brief reports of Ronaldo heading to the blue side of Manchester instead, before a last minute swoop by Untied to bring back their ex-talisman.

Early signs suggest it already looks like an absolute swoop. On the surface, Ronaldo doesn’t seem to age. His game has changed somewhat from his energetic youth, but is football intelligence and finishing touch has not deserted him.

Aside from his ability as one of the best (if not the best) footballers to ever walk the planet, he’s a born winner.  Can this mentality rub off on the rest of the squad and carry them forward to glory?  We discuss this further below.

Despite City’s failure to land a striker in the summer, the club has added some serious creativity in the form of Jack Grealish.

City might not, on the face of it, need more creativity, but it could be squad depth that prevails at the end of the season. As Liverpool can attest from last season, a lack of squad depth can hurt you.

United have brought back the rejuvenated loanee, Jesse Lingard from West Ham, who already looks like a creative force once again. He almost looks like a new signing.  But, will United really have enough depth going into a long season?  We’ll find out, but early signs in the Europa League suggest that the depth isn’t quite there.

There have been glimpses of Pogba at his best this season, but as always, consistency is the question.  If United can get the same consistency from Pogba that City sees from Kevin De Bruyne, week in, week out, there is no reason why United cannot challenge for titles.

Everybody can see that Pogba at his best is a world beater. Pogba at his worst is a mere passenger.  Which one you’re going to get during any given game is anybody’s guess. However, the arrival of Ronaldo could just be the catalyst for keeping standards high. We’ll be watching with interest, as will every United fan.

It’s fair to say that in recent seasons, Manchester United have lacked the team cohesion required to be a title serious challenger.  As we’ve touched upon, consistency is crucial, but United appear to swing from heroes to zeroes faster than a z-list celebrity. Manchester City on the other hand have looked unstoppable at times. Even at their worst, they are still a force to be reckoned with.

The question is, can both teams accommodate new signings into a cohesive unit? Will Grealish upset the balance, or provide the final piece to the jigsaw for domestic and European success?  Will Ronaldo galvanise United, giving them more steel in those hard to win games? Or will those fringe players missing out on game time make life difficult for Ole?

Keeping the quad happy is going to be key to getting the best out of the players, as discussed below.

When the margins are tight, it can be the contribution from squad players and emerging talent that makes the difference between getting over the line… or not.

Is Phil Foden going to step up to the plate this season and become City’s main man? Will Greenwood move beyond a bit-part-player?

Both players are surely capable of driving their teams forward, if they get the opportunity. Perhaps the arrival of Grealish and Ronaldo respectively will hinder the development of these youngsters. Reducing the amount of game time they get.

Again, squad harmony and depth is a fine balance. How these young players emerge over the season could make the ultimate difference between winning and losing.

On one side, you have a manager in Pep Guardiola who has won everything, with the best teams in the world.  On the other side, you have a relatively unproven manager with question marks still hanging over his head.

Can Ole Gunnar Solskjaer prove his critics wrong and tactically outmaneuver the master tactician himself?

It’s not just team tactics. As discussed above, team cohesion, squad rotation, and getting the best out of the star players will come down to player management.

This could well be the season for Ole, but it’s likely to be do or die for the relative rookie.  Ole needs to win a major title to keep those critics from his door and ensure his United longevity.

From the neutral perspective, it’s hard to see past City, especially given their dominance in the league last season. But, if United can keep the squad fit and happy, they may have the ingredients to challenge City.  United certainly have a world-beating first team, but it’s the depth that could be a concern during the long campaign.

Many United fans believe that a lot hinges on how successful Ronaldo is this season. So far so good. If he, and the rest of the team, stays fit and motivated, they will take some stopping.

Man City on the other hand may still regret not buying a recognised striker. Scoring goals against lesser teams does not appear to be an issue, but who can they rely on to bag last minute winners in critical games?  Will they be flat-track bullies, or cutting-edge winners?

Only time will tell.