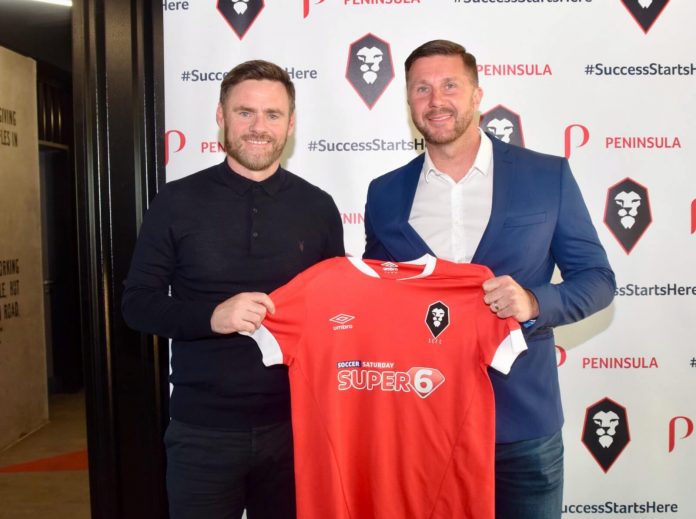 Former Scunthorpe and Fleetwood boss Graham Alexander has been appointed as the new boss of Salford City.

He will be assisted by by Chris Lucketti who was Bury manager breifly this season before being sacked in January this year.

“During my first meeting with Chris and then later with Gary I was immediately impressed by the scale of the ambition this club and the owners have. It has made rapid progress over the last four years and I am delighted they have asked myself and Chris to spearhead the next stage of the club’s development.

As a manager you have to look for certain aspects of what can be achieved at a new club and the possibilities here are boundless. There is a great deal of work to be done on and off the pitch to fulfil the potential of Salford City and I can’t wait to get started. Even though this season has just ended, our work in preparation for the club’s first season at National level will continue throughout the summer. I look forward to meeting everybody connected with SCFC and developing the relationships which are so important to any club’s success”