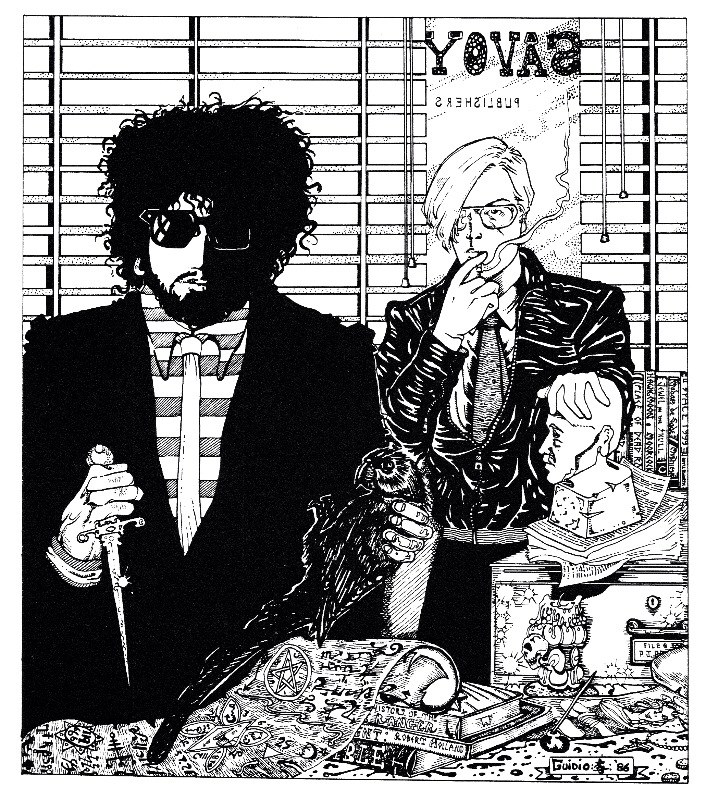 Manchester’s Anthony Burgess foundation will be home to material from Manchester writer and publisher Michael Butterworth’s personal archive during August and September.

A new exhibition which will also include material from Savoy Books’ vast and often controversial history, spans Butterworth’s career from New Worlds, Corridor, banned publications, police raids and David Britton’s imprisonment with Savoy, through to his most recent art and writing journal Corridor8.

Featuring text, images and rare promotional content from Savoy’s infamous 1989 publication Lord Horror, the exhibition tackles the question of whether the depiction and description of horrific acts is justified in satire.

In 1992 Lord Horror was declared by Judge Gerrard Humphries as ‘a glorification of racism and violence’ whereas writer Michael Moorcock believed the book to belong to ‘a tradition of lampoon, of exaggeration. Its purpose is to show up social evils, and the evils within ourselves.’

There will be a display of artwork from Sinister Legends and Meng and Ecker alongside many other panels from rare comics and graphic novels (including Reverbstorm).

The exhibition also examines the relationship between text and imagery within Savoy’s publications, revealing how artwork from John Coulthart, Kris Guidio and James Cawthorn supplements and enhances the storytelling through visual references to architecture, cultural figures or specific works of art.

A series of events, including a screening of seven short films commissioned from artists and collectives in response to the seven Corridor zines, published between 1971 and 1976 and the first public screening of Gareth Jackson’s film The Dark and Silver Age will take place during the exhibition.

The exhibition will be open from Friday, August 15th to Friday 5th September, weekdays 10am-4pm and in the evenings during events

Louis Smith, Rachel Stevens and Melody Thornton announced to star in Rip It Up...