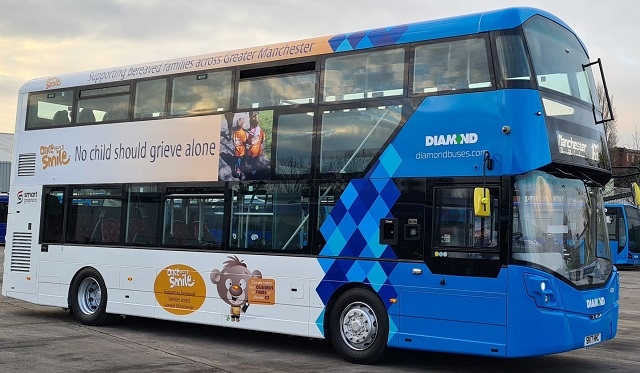 In April 2022, the court ruled that the decision to franchise bus services was lawfully carried out; as were all other aspects of the franchising process.

Stagecoach accepted the ruling while Rotala sought leave to appeal the decision on four grounds. On 5 May, the Court of Appeal dismissed two of those as ‘hopeless’, however Rotala was granted leave to appeal on the other two technical points.

Rotala which runs the Diamond Bus NW operation has argued that a statutory audit of the pandemic impact report should have been carried out.

While a statutory audit was undertaken on the original assessment, the legislation did not require a similar audit on its covid pandemic impact report. However, GMCA did seek a review from the same independent auditors who audited the assessment and they found that the approach taken was ‘appropriate’ and of ‘sufficient quality’.

GMCA will contest this appeal. In the meantime, work to deliver bus franchising across Greater Manchester will continue.

“Just a few weeks ago the court ruled in our favour on every single point, so we are disappointed that the appeal has been granted on what amounts to a very technical issue.

“Buses are the backbone of our transport network and integral to our plan for the Bee Network, an integrated, London-style transport system for Greater Manchester.

“Our plans have high levels of public support, and we will vigorously contest this appeal.

“We plan to press ahead with our plans to ensure the first franchised services are in place by the 17 September next year and across the whole of the city-region by the end of 2024.”