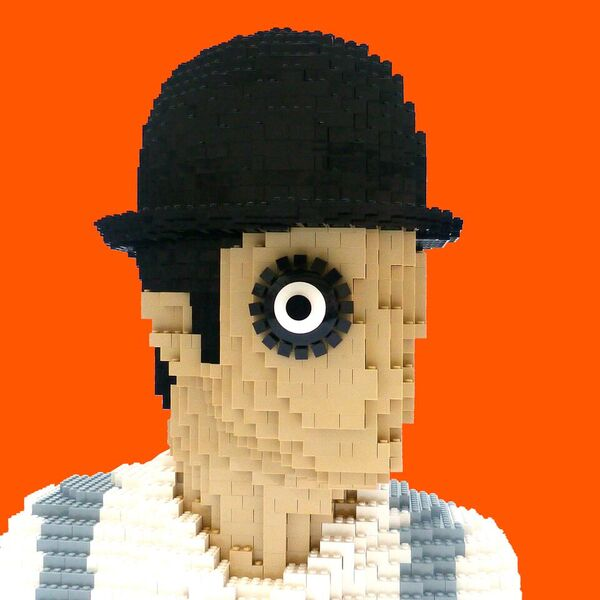 he latest exhibition at Gallery Oldham looks like it will be popular with LEGO® fans – whatever their age.

The Brick by Brick exhibition, which runs from June 26 to September 4, gathers the work of 18 artists, designers and photographers from around the world who use LEGO® bricks as their medium or inspiration.

Using this simple plastic construction block as their starting point, they have created stunning, thought provoking and often humorous artworks which will appeal to art enthusiasts and LEGO® fans alike.

Councillor Shaid Mushtaq, Cabinet Member for Education and Skills, said: “Over the last year residents have missed out on so much.

“So, it’s great that Gallery Oldham is now back open and putting on exhibitions with international artists.

Toronto based artist Ekow Nimako, began using LEGO® bricks in his professional practice in 2014 and has since cultivated a unique approach to sculpting this iconic medium.

Made up of of black bricks only, Nimako will be exhibiting five captivating artworks, which reference mythology, West African proverbs and Afrofuturism.

Using a range of colours, shapes and sizes of bricks, Michael has created a series of abstract montages which have a mesmerising appeal to them.

Artist David Turner from Belfast will be exhibiting his LEGO® firearms installation, which consists of 19 replica guns. This work makes reference to his childhood and adolescence spent in Northern Ireland during the time of ‘The Troubles’.

Look out for Damien Hirst, Rachel Whiteread and Jake and Dinos Chapman.

Brazilian photographer Valentino Fialdini has created photographs which show a set of empty rooms and corridors. Using specialist photography and lighting techniques, Fialdini tricks the viewer’s eye in to thinking that these miniature LEGO® rooms are life-sized.

‘Eat My Bricks’ is a collaboration between German artists Michael Feindura and Soren Grochau who use LEGO® mini-figures to create large scale, humorous photographs, often with social and political commentary at their heart.

American born artist Janet Curley Cannon, who is now based in Berkshire, will be exhibiting her artwork ‘Not on the High Street Anymore’. This installation was constructed using her husband’s childhood LEGO® bricks and makes reference to the demise of the UK’s high street.

Inspired by the wide range of artworks on show, a LEGO® graffiti wall, build tables and a selection of LEGO® related games and competitions will give visitors the opportunity to try their hand at creating their own construction brick artwork.

Be careful before you hit that snooze button