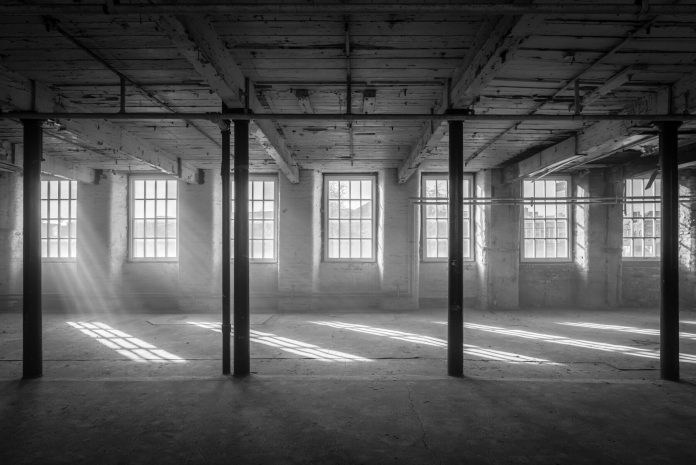 Urban Splash is creating 31 new, classic lofts in Manchester, a concept it’s been pioneering since 1993.

Housed within Avro, the building formerly known as Brownsfield Mill on Binns Place – just off Great Ancoats Street – the lofts will be some of the biggest the city has to offer, with floorplates from 840 sq ft up to 2,600 sq ft – meaning there’s a range of homes on offer for buyers.

Speaking ahead of their launch, Urban Splash Chairman Tom Bloxham MBE said: “Ever since we launched Urban Splash, we have had a love for classic buildings that we can convert into wonderful lofts; we love exposing the brickwork, the wood and all of the cast iron features.

“It’s been a joy to find Avro, beside the Rochdale Canal next to Manchester’s Northern Quarter – which we helped establish in the 1990s. I know that many people are now looking for something a bit different in Manchester; bigger, more original homes with classic features and in Avro we have a building steeped in history. It’s a privilege to be able to work with such great, raw material and be working once more with one of Manchester’s great architects Roger Stephenson.

“We have been working in partnership with owners TCS for the past 18 months to secure planning permission for what we both feel will be a great addition to this part of Manchester.”

Alistair Smith, Associate Director at TCS said: “We have owned this historic asset as part of the Piccadilly Basin estate for many years and are delighted to have worked with Urban Splash to secure planning for what we feel will be some of the best loft apartments in the city. We look forward to seeing the transformation of Avro come to life and to be a part of the exciting regeneration of this key location within the heart of Manchester”.

Avro is named after the A.V Roe aviation company originally based within the building – a business renowned for innovative creations including the Manchester Bomber. Explaining how that legacy has worked its way into the scheme Urban Splash’s residential director Guy Ackernley explained: “We’re passionately committed to preserving the history of the building in its future and much of the fabric will be retained in the homes when they complete. They’re a brilliant proposition for anyone who loves that traditional architecture and spacious, urban homes.

“We think there’ll be a big appeal amongst customers who bought their first lofts in Manchester back in the 90’s and who now want to buy their last; we’re bringing them masses of space, history and stunning design.”
​
Avro is located within Piccadilly Basin – an area of Manchester which is being regenerated by Town Centre Securities (TCS) as part of a wider framework. It is well placed between the Northern Quarter and Ancoats Urban Village, just minutes from Cutting Room Square, Rudy’s and Kettle Bell Kitchen.

The architect designing the scheme is Roger Stephenson; he and his Stephenson STUDIO team have a renowned pedigree in transforming buildings like this and have previously worked with Urban Splash on schemes including the nearby Smithfield Buildings in the Northern Quarter.

Prices start at £275,000 and exclusive one-to-one viewings for interested customers are being arranged now by calling 0161 507 2999 or emailing avro@urbansplash.co.uk. The impressive lofts will be ready for occupancy in 2019.

What impact will 5G technology have on our everyday lives?