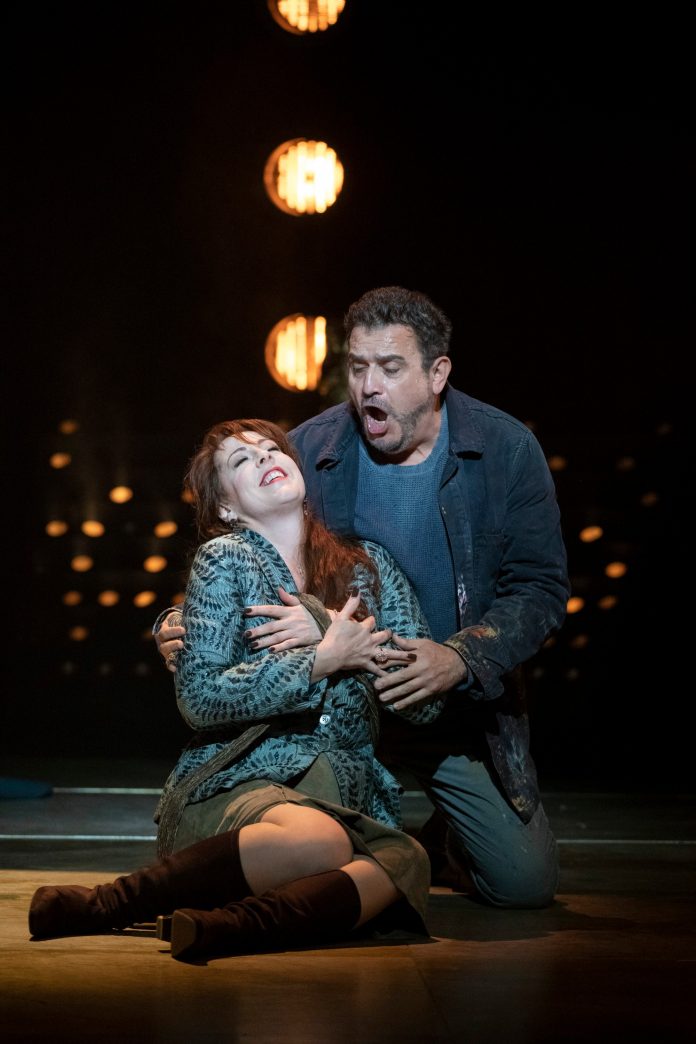 Opera North is celebrating 40 years since it became established as the opera company for the North of England by bringing a compelling and visually dramatic new production of Tosca and a classic revival of The Merry Widow to The Lowry next month.

When he helps a political prisoner to escape, Cavaradossi is arrested and tortured by Scarpia, the corrupt Chief of Police. Tosca, an object of fascination to Scarpia, does everything she can to save her lover, but the consequences are far worse than she could possibly have imagined. From the jolting blast of Tosca’s opening chords, obsessive lust, politics, art and religion collide in this compelling thriller.

Following his 2017 Hansel and Gretel, Edward Dick returns to the Company to direct a production which makes the most of the opera’s strong contemporary resonances. The stellar cast includes Belfast-born soprano Giselle Allen (Cavalleria rusticana and Osud), Mexican tenor Rafael Rojas (Un ballo in maschera) and British baritone Robert Hayward (Andrea Chénier). A free pre-show talk will be held at 6.30pm before each performance for those keen to find out more about the music and plot.

Tosca’s tragedy is followed by a revival of Lehár’s light-hearted operetta, The Merry Widow. Hanna Glawari (Katie Bird) is a young, beautiful and stupendously wealthy widow visiting Paris. Would-be suitors clamour for her hand but the situation is not quite that simple. The fate of her home state of Pontevedro depends on the choice Hanna makes; if she marries a foreigner, Pontevedro will go bankrupt. Small wonder then that her arrival in France creates high excitement among the country’s bachelors – and many a sleepless night for the Pontevedrian ambassador, Baron Zeta, as he does everything he can to make sure she remarries a suitable, Pontevedrian, man.

“Opera North’s purpose is to create extraordinary experiences every day, using music and opera to entertain, engage, challenge and inspire. In this, our 40th year, we seek to reinvigorate our incredible art form for the 21st century, and to share our work in new ways with more people across the whole of the North of England and beyond.”

For those who are undecided whether to give opera a go or not, Opera North’s free ‘pop-up’ version, Whistle Stop Opera, returns to Ordsall Hall at 3.30pm on Monday 12 November.  The half-hour crash course in opera provides a bite-sized introduction to the art-form as a group of professional opera singers and an accordionist perform scenes and songs packed with comedy, deceit, love and tragedy. After the performance, there will be a chance to ask the cast about the production and opera more generally.

For younger members of the family, string players from the Orchestra of Opera North will be holding a special 45-minute Little Listeners concert for babies, toddlers and children under 5 at The Lowry on Friday 16 November. The event is kept as relaxed as possible with the young audience welcome to get up close to the instruments and to move around as they wish. Tickets are £5 for both adults and children and are available from www.thelowry.com/events